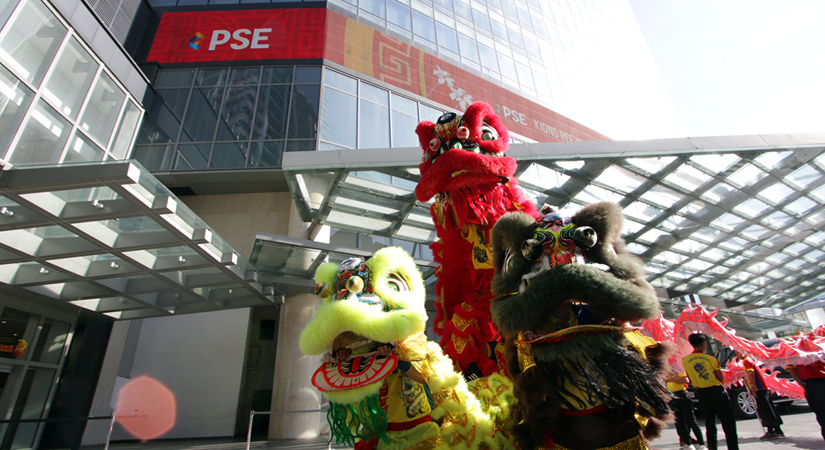 By Denise A. Valdez
Reporter

THREE of the four companies that went public and raised almost P20 billion last year did so in the last quarter, suggesting that the local capital market is maturing, according to the corporate regulator.

“Companies used to ignore the fourth quarter because they’re afraid no one would buy their stocks,” Securities and Exchange Commissioner Ephyro Luis B. Amatong said recently. “But they are doing it now. That tells you the market is still liquid and still very deep.”

“That’s an encouraging sign that we are growing up — that the market is starting to mature and it’s a real market where people can raise funds anytime, regardless of size,” he added.

Philippine coconut water supplier Axelum Resources Corp. was one of these listers.

“It’s the best thing that can happen to a company,” Axelum President and Chief Operating Officer Henry J. Raperoga said in an interview last month, referring to the company’s IPO on the Philippine Stock Exchange.

“If you have a stable business and your fundamentals are there, you’ll be able to expand it a lot faster,” he said.

Axelum is a homegrown company that supplies its products to local and international manufacturers, among them All Market, Inc. which sells coconut water brand Vita Coco, The Hershey Co., Nestlé, Unilever, Ferrero, General Mills, Campbell’s, Quaker and ConAgra Foods.

Aside from Axelum, Fruitas Holdings, Inc. — a food and beverage kiosk operator whose consolidated revenue stood at P1.58 billion in 2018 — and home furnishing retailer AllHome Corp. also made their market debut in the last quarter of last year.

Kepwealth Property Philippines, Inc. was the only one that went public earlier than the last quarter of 2019, raising P384.77 million. Compare this with only one company that listed shares for the first time in 2018.

Maturing or not, however, the Philippine capital market is still dwarfed by its peers in the region.

The Southeast Asian nation had the second-lowest market capitalization in the region at $276.2 billion as of February 2019, according to data from the World Bank and World Federation of Exchanges.

The number of companies listed on the bourse was less than 300 — the lowest among 11 countries that include China, Japan, Hong Kong, India, South Korea, Singapore, Thailand, Indonesia, Malaysia and Vietnam.

STUMBLING BLOCKS
PNB Securities, Inc. President Manuel Antonio G. Lisbona said the Philippines still has a long way to go before it can compete with its regional peers.

“The biggest stumbling block is financial illiteracy,” he said. “If people are ignorant about the concept of saving and investing, it will be very difficult for them to understand the stock market.”

While there is growing interest in the stock market from the younger generation, regulators need more work to increase traction, Mr. Lisbona said. Among the barriers are restrictions on foreign ownership, reduced flow of foreign funds, corruption and regulatory risks, he said.

“It seems also that some entrepreneurs are hesitant to list their shares on the stock exchange given the seemingly daunting process and requirements,” Mr. Lisbona said. “Another apprehension is that staying listed involves recurring costs and reportorial requirements.”

“We’ll have to sustain the growth, better if we can go faster without compromising stability,” he said. “By doing so, business confidence would rise, enticing more companies to raise capital, which in turn could lead to more public offerings in the market.”

The SEC has proposed to increase this to 25% over five years, from 20% for companies that listed starting in 2017 and from 10% for the rest.

He said 150 actively traded listed stocks are better than 268 listed ones in which less than half are actively traded, failing to increase the volume.

The stock exchange targets to generate P150 billion from its fund-raising activities this year, higher than P95.22 billion last year.

The bourse expects investors to return to the local equity market this year after most of them went to the fixed-income market last year.