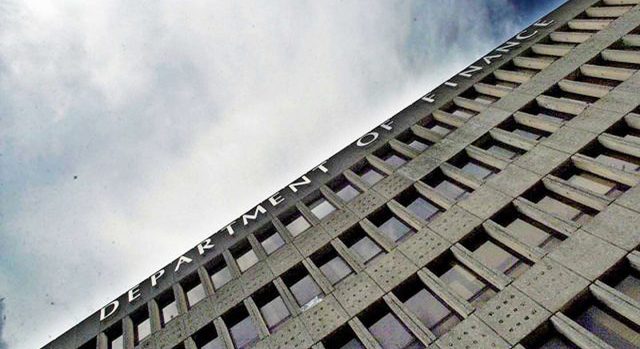 FINANCE Secretary Carlos G. Dominguez III said the Philippines must remain in the “middle of the pack” in terms of deficit spending and cannot be a “trailblazer,” in an apparent rebuff to calls for more economic stimulus.

“The Philippines cannot be the trailblazers here. My goal always has been to land somewhere in the middle of the pack. I don’t want to be too far ahead, I don’t want to be far behind when you come to those ratios. So far, we’re just about there.” Mr. Dominguez said in a budget hearing at the Senate Thursday.

His presentation indicated that the National Government’s outstanding debt was equivalent to 54.6% of gross domestic product (GDP) in 2020, as opposed to 49% for Thailand and 48% for Vietnam. The Philippine deficit is roughly comparable to Poland’s 57.7%.

The ratio grew to 60.4% in the first half of 2021 as the government continued to borrow to address the budget deficit, which is expected to be equivalent to 9.3% of GDP this year.

Senator Franklin M. Drilon said at the hearing that the government needs to roll out more stimulus and cash aid, as the private sector cannot provide enough jobs and economic activity with the pandemic dragging on.

“I agree that managing our deficit and debt levels are essential. But these are not normal times and many Congresses (in other countries) have allowed their deficits to go higher in relation to GDP because they believe this is a fiscal stimulus that will also be necessary in order to assist the economy in recovery,” Mr. Drilon said.

Two rounds of cash aid were also issued to poor families hit by the April and August lockdowns, worth P23 billion and P13 billion, respectively.

Legislators have been pushing for a third stimulus package of up to P400 billion.

Mr. Dominguez has said the government can only support around P173 billion in new stimulus without breaching the budget deficit ceiling of 9.3%.

“We should also remember that we (cannot foresee) how long this COVID is going to last,” he said.

“Our goal is to land in the middle of the pack and that we should conserve our resources for a long fight. That has been the policy that we have espoused and that is what we are implementing,” he added.