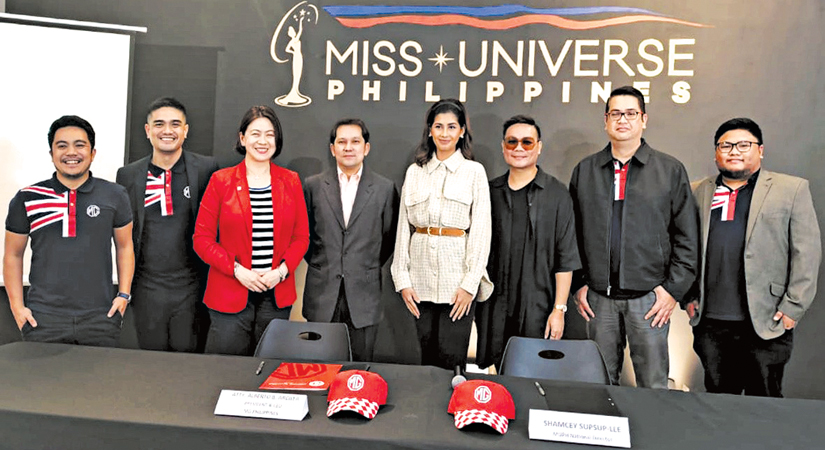 MG Philippines has inked a pact with Miss Universe Philippines (MUP) to be its official car. This year is an especially significant year for MUP since, for the first time in Filipino pageant history, a locally produced Miss Universe competition will entertain the bids of all aspiring Filipina aspirants to the crown. The MUP competition will be recognized as the venue that will identify which Filipinas will represent the country in international competition. MG Philippines expressed its honor to be able to partner with the Filipino-led organization that celebrates the modern Filipina. It will provide the organization with its British heritage cars for use by the MUP organization as they travel for various pageant requirements. Furthermore, the very first Miss Universe Philippines will drive home a brand-new MG ZS Alpha Crossover SUV. In photo are executives of MG Philippines led by President and CEO Atty. Alberto Arcilla (fifth from right) with MUP National Director Shamcey Supsup-Lee (fourth from right) and MUP Creative Director Jonas Gaffud. SUZUKI PHILIPPINES teams up with the popular Doraemon, the robotic cartoon cat character loved by many generations — particularly in the Philippines. The fun, carefree, and inspirational character who promises to make everyone’s dream come true has proven to be an influential brand to this day — evidenced in Doraemon-themed merchandise and events.

Meanwhile, Suzuki Philippines knows that purchasing a vehicle is one of the most memorable moments in a family’s journey. Customers visiting any Suzuki showroom nationwide will see the “Shall We Drive” campaign evident, with loveable Doraemon memorabilia. The campaign ensues until February next year.