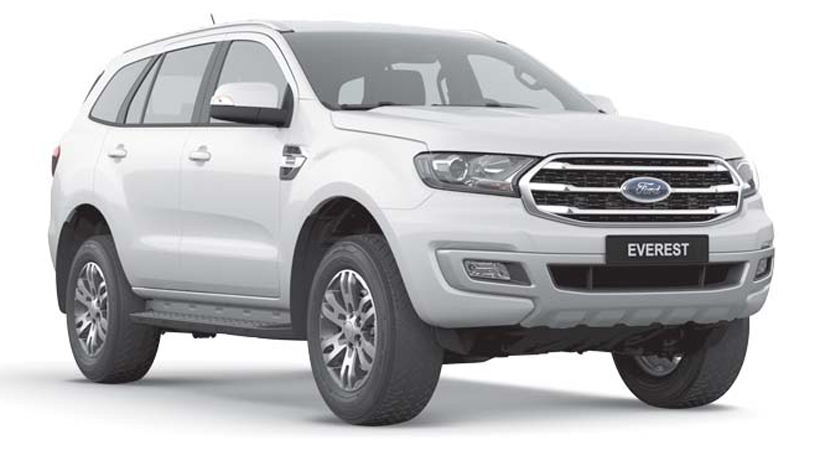 FORD PHILIPPINES grows its SUV lineup with the addition of a new Everest variant.

Said company Managing Director PK Umashankar in a release: “We are expanding our SUV lineup to provide customers with another reliable Ford Everest variant that suits their diverse needs and lifestyles. The new Everest Trend comes with features… that make it one of the most competitive and feature-packed mid-size SUVs for its pricing.”

The new Everest Trend is powered by Ford’s proven 2.2-liter TDCi diesel engine delivering up to 160ps and 385Nm of torque. Mated to a six-speed automatic transmission, it “offers power and smooth acceleration while staying fuel-efficient.”

The variant also comes with 18-inch alloy wheels, rain-sensing wipers, power folding and power adjustable mirrors with side-turn indicators, side steps, roof rails, and front and rear splash guards. It also boasts leather seats, an eight-inch color touchscreen, USB ports, as well as SYNC3 with Apple CarPlay and Android compatibility. SYNC is Ford’s voice-activated system that allows ease of access to the vehicle’s entertainment system and connected devices while driving on the road.

The variant is available in all Ford dealerships nationwide with a starting retail price of P1.738 million. It comes in four colors: Absolute Black, Aluminum Metallic, Arctic White, and Meteor Gray.

The deal “aims to change the light commercial vehicle landscape in the Philippines by providing an innovative platform to all transport, mobile businesses and delivery needs,” said Autoitalia in a release.

The contract paves the way for Piaggio’s three-wheeled vehicles to be registered to the Board of Investments (BoI) under Executive Order (EO 156) or the Motor Vehicle Development Program (MVDP) to assemble, manufacture and distribute the same to the Philippine territory. These will be in a (CKD) state of importation from Piaggio Vehicle Private Limited (PVPL), Inc. in India and subsequently provide Autoitalia the opportunity to export the products to ASEAN countries like Laos and Cambodia.

The signing of technical licensing agreement gives Autoitalia the privilege to do both domestic and export sales, and open ownership to Piaggio for infusion of capital. The joint venture and Autoitalia will remain domestic oriented.

Autoitalia will be licensed to assemble and distribute Ape vehicles in the ASEAN and other territories agreed upon.

Regional value content (RVC) is 40%, meaning that this percentage of CKD components should come locally or be sourced from the ASEAN region. This would allow exports to ASEAN territories to use the duty-free ASEAN rate. This would mean that Piaggio would have to do sourcing and manufacturing and assembly operations including painting and welding of major components of the vehicle here.