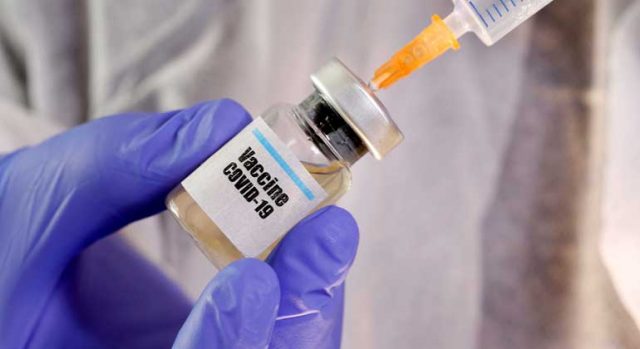 CORONAVIRUS vaccines were just rolling out in December when more than 1,000 staffers at Cedars-Sinai Medical Center in Los Angeles volunteered for a sweeping study. The goal: pinpoint how immune reactions to the jab might vary.

By last month, a clear pattern in the data “popped out at us,” said research leader Susan Cheng. Those who had recovered from COVID-19 responded to their first shot so robustly that the results rivaled never-infected colleagues who had received both shots. The implication was clear. If you’ve had COVID, you may only need one of the two doses recommended by Pfizer and Moderna.

“We did not expect that this was going to jump out like a smoking gun,” said Ms. Cheng, who co-authored the Nature Medicine write-up. In fact, if you already had the virus, your immune response after one vaccine is likely to be even better than a never-infected person’s after two, according to Italian research just out in the New England Journal of Medicine.

The issue of giving only a single dose to people who have had COVID has become all the more urgent since safety concerns have been raised about Johnson & Johnson’s and AstraZeneca’s vaccines. The implications at a time of strained global supply are striking: giving previously infected people just one mRNA vaccine shot could free up more than 110 million doses worldwide, according to a calculation by University of Maryland School of Medicine immunologist Mohammad Sajadi and colleagues.

‘REMEMBERING COVID’
Mr. Sajadi co-authored one of the recent studies that fit into a recent flurry of findings all pointing in the same direction: The immune system in people who’ve had COVID “remembers” the virus, so a first vaccine acts as a powerful booster for existing defenses. “The data is very clear,” Mr. Sajadi said. “Every study has shown you get a very clear and strong memory response.”

In Israel, a world leader on coronavirus vaccinations, health authorities initially withheld vaccines altogether from recovered COVID patients, but in Feb. recommended they receive one shot. New research there suggests that the booster vaccine adds protection against newer variants that originated in the UK, South Africa and Brazil.

“We think that our study supports the recommendation to administer one vaccine dose to recovered individuals to protect against the original and SARS-CoV-2 variants of concern,” Michal Mandelboim, head of Israel’s National Center for Influenza and Respiratory Viruses, said in an email. A study in “Science” found that in COVID survivors, vaccinations massively boosted immunity against variants.

In the US, the Centers for Disease Control and Prevention (CDC) still recommends two vaccine doses for people who have had Covid, but the mounting evidence that one vaccine could be enough is under discussion. The US has administered enough doses for 31% of its population, while Israel has given enough for 57%, according to the Bloomberg Vaccine Tracker.

“But any serious consideration of this option will require more data,” he cautioned in February.

Since then, one study after another has reinforced the single-vaccine-for-survivors idea, though some skeptics have pointed out that it is logistically simpler to just give everyone two doses than to figure out who needs only one.

In the US, vaccine supplies are relatively copious, Mr. Sajadi said. But “for other countries, especially places that are having a hard time getting vaccines, this is really still an important question. And it’s also an important question in general because you don’t want to just give someone a medical intervention they don’t need.”

If a patient who’d had COVID asked Mr. Sajadi at this point whether they needed a second vaccine, he said, he’d say it would make sense to skip it if nothing in their medical history indicated issues with immune responses.

Ms. Cheng at Cedars-Sinai said she would still default to the CDC guidance calling for two vaccines, even for people who’ve had Covid. The data does suggest, however, that one dose could be enough, she said — and that could be true for other types of people as well: “I think we’re just at the tip of the iceberg of figuring out who they are.” — Bloomberg

PSEi inches up on bargain hunting after GDP drop

Megaworld expands in Cebu with launch of residential condo