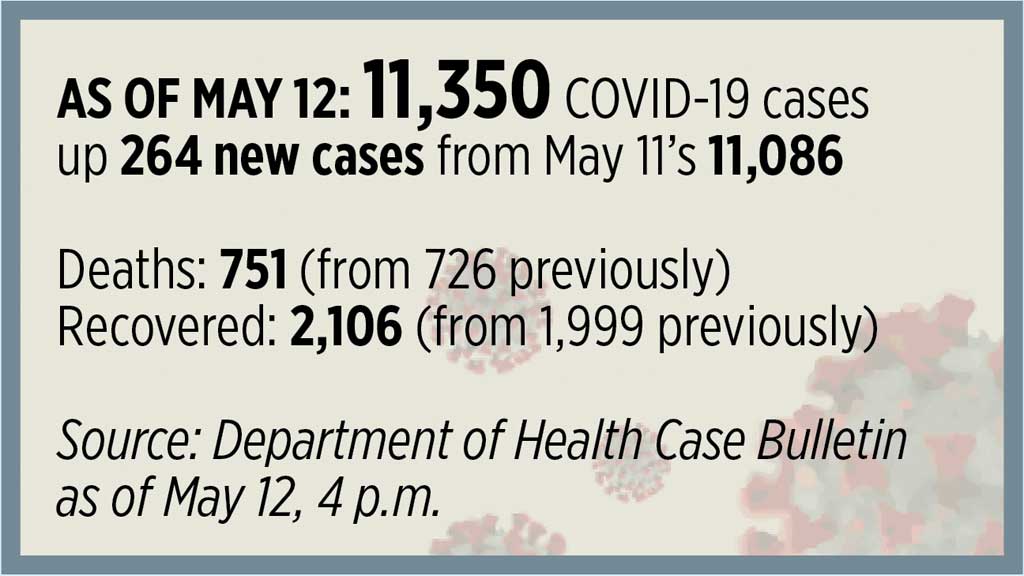 THE Financial Executives Institute of the Philippines (FINEX) said the planned single bus route system along Epifanio delos Santos Avenue (EDSA) is the first step to more reforms needed to improve the country’s public bus transportation service in the capital.

In a statement e-mailed to reporters on Tuesday, FINEX welcomed the change that will be implemented by the Land Transportation Franchising and Regulatory Board (LTFRB) as lockdown restrictions on public transport are eased.

The group said the new system “will reduce the number of buses and help unclog EDSA from excessive load of buses that contribute to severe congestion and low productivity.”

FINEX earlier called for a bus system reform and “not to return to the chaotic bus service status quo ante when public transportation will be allowed after the enhanced community quarantine (ECQ) is lifted.”

Eduardo H. Yap, FINEX chair of the national affairs committee, was quoted as saying: “The coming transition period with subnormal passenger demand will be a more manageable environment and ought to be used to introduce and pilot test a new bus transportation system. Don’t waste a crisis.”

“This single route reform on EDSA is an important first step. More reforms are needed to achieve a more efficient public bus transportation service. Bus operations must be integrated and systematized to operate as a cohesive unit for better productivity where passenger throughput is improved and to eliminate ruinous competition,” the group said. — Arjay L. Balinbin

CEBU Governor Gwendolyn F. Garcia said the province is ready to ease restrictions and jumpstart the local economy that has been significantly weakened by lockdown measures to prevent the spread of the coronavirus disease 2019 (COVID-19).

“It’s about time that we resuscitate our struggling economy and take steps to improve the lives of people that are now suffering because of this (COVID-19 outbreak),” she said during a streamed briefing on May 11, ahead of the national government’s supposed Monday night announcement on quarantine classifications effective May 16.

Ms. Garcia said the people and local leaders have shown discipline in following the quarantine protocols in the past weeks as evidenced by the “minimum” number of COVID-19 cases.

Cebu province, excluding the independent cities of Cebu, Mandaue and Lapu-Lapu, had 49 confirmed cases as of May 11, of which 25 are at the Cebu Provincial Detention and Rehabilitation Center.

“From initial assumptions, we have seen that actual data is not really corresponding to the initial dire projection.

These are lessons that we are learning, although each day is a learning experience,” she said.

The governor also said the reopening of economic activities will be done alongside continued COVID-19 testing, isolation for positive patients, and observance of health safety protocols.

“(W)e have to get the economy back, running. We can’t be isolating everybody.. but it would not be an abracadabra back-to-the-old-normal.”

TRANSPORT AND AGRI
Among the recommendations made during the province’s Task Force New Normal meeting last May 5 is the resumption of 30% of registered public transportation, with priority for buses, modernized jeepneys, and UV Express vans.

The provincial government will be coordinating with the city governments of Cebu, Mandaue and Lapu-Lapu to define routes and number of public vehicles that will be allowed to cross borders.

The transition and economic recovery program will also focus on agriculture through an enhanced countryside development (ECD) policy, according to the governor.

The ECD, she explained is about “invigorating the countryside with economic opportunities so people won’t have to flock to urban areas.”

Ms. Garcia earlier said the province, host to several of the country’s popular tourist destinations, will have to lessen its dependence on the sector as travel limitations are expected to continue while the COVID-19 threat remains.

“We will be transitioning from ECQ (enhanced community quarantine) to ECD, which encourages a plan with emphasis on the enhancement of the agricultural capacity of the different local government units in order for them to be self-sufficient,” she said.

The entire Central Visayas Region, except Cebu City, was among the areas given the greenlight by the national government on Tuesday morning to ease restrictions by May 16. — Marifi S. Jara