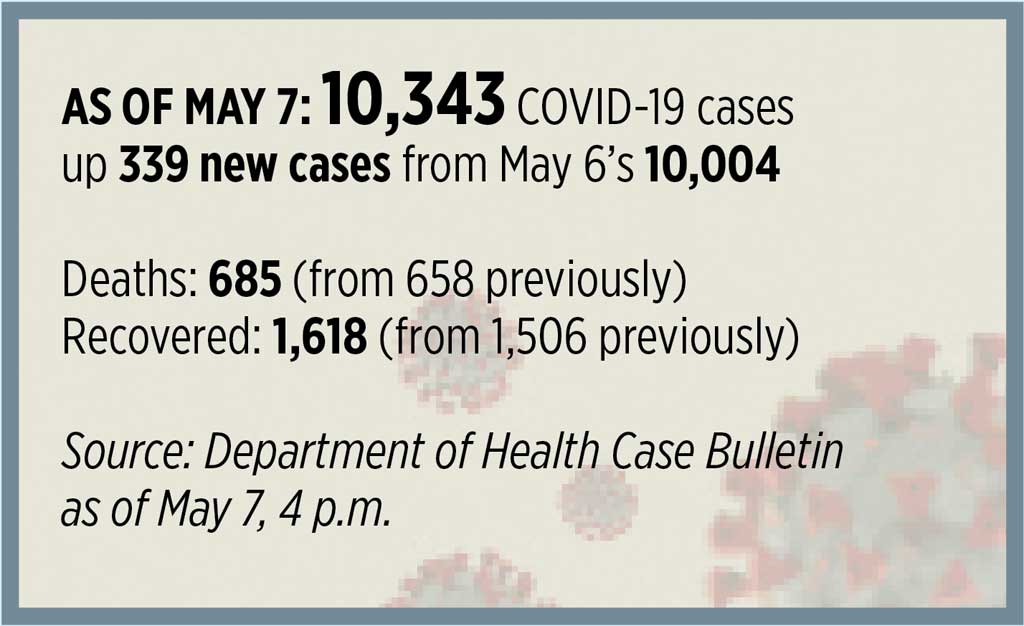 THE Mindanao Development Authority (MinDA) set off this week on a mission to start scouting for areas where the national government’s new program called balik probinsya — literally means back to the province — could be piloted.

MinDA Chair Emmanuel F. Piñol, in a post on his Facebook page where he journals the agency’s travels, said Zamboanga del Norte Governor Roberto Y. Uy committed an available land of at least 50 hectares where a resettlement area with agri-fisheries potential can be set up for local “families who are now among the informal urban dwellers in Metro Manila and Metro Cebu.”

In Lanao del Norte, local officials said the town of Kauswagan is “ready to accept the first 200 families who would like to come home… in a 5-hectare housing-with-livelihood activity.”

President Rodrigo R. Duterte signed on May 6 an executive order formalizing and setting out guidelines for the Balik Probinsya, Bagong Pagasa (BPBP) program, which was prompted by the coronavirus disease 2019 outbreak, with most cases centered in the country’s highly-urbanized areas, especially the National Capital Region.

The program’s aim is to “reverse migration” by boosting economic opportunities in less urbanized and rural areas.

“(T)he uncontrolled upsurge of population in the NCR brings to the fore longstanding issues on the lack of viable and sustainable employment opportunities in the countryside, unbalanced regional development, and unequal distribution of wealth.

Mr. Piñol said following the Presidential order, MinDA will take the next step of holding workshops to prepare the localities “for the first returnees.”

But as these “model” pocket sites get off the ground, the success of a larger scale and sustainable balik probinsya scheme would need higher wage rates, incentives for investors, and an improved logistical system.

“Personally, I see this discriminatory wage rates (whose constitutionality could be challenged) as one of the reasons why many job seekers flock to the urban centers,” Mr. Piñol said.

Davao City Chamber of Commerce and Industry President John Carlo B. Tria told BusinessWorld any proposal “to raise wage rates can be studied further” while the concern on incentives can be addressed more quickly with the passage of the Corporate Income Tax and Incentives Rationalization Act (CITIRA).

Under CITIRA, which is still under congressional discussion, the Fiscal Incentives Review Board’s (FIRB) coverage will include private businesses apart from government-owned and controlled corporations.

With the FIRB’s expanded authority, Mr. Tria said, “incentives can be developed to achieve the intended purpose of bringing industry to regions other than existing industrial centers.”

“This is because, I believe current incentives such as those provided by PEZA (Philippine Economic Zone Authority) are generally applied to export oriented industries,” he added.

The business leader also said setting up key infrastructure facilities like cold storage and the improvement of seaports and airports are necessary complement production.

“These can all create the local employment that can drive the Balik Probinsya,” he said.

MinDA will present on Friday to the BPBP Council, chaired by Executive Secretary Salvador C. Medialdea, several models for resettlement.

Among these are agriculture-based communities with irrigation and market linkage support from government, and processing centers with private investors tapping local workers and raw materials for the production of value-added commodities.

BILL
In a related development, Bohol Rep. Kristine Alexie B. Tutor, a member of the House of Representatives’ housing and urban development committee, filed on Wednesday a bill seeking to decongest the metropolitan areas.

“I have filed House Bill 6674 to directly respond to the urgent need for a Balik Probinsya program for the urban poor, especially those in Metro Manila, Metro Cebu, and Metro Davao. HB 6674 complements and dovetails with Executive Order (EO) 114 of President Rodrigo Roa Duterte also about Balik Probinsya,” she said in a statement Thursday.

HB 6674, if passed, will be known as the Balik Probinsya Public Housing and Relocation Act.

Under the proposed law, the Philippine Statistics Authority (PSA) will be mandated to design and conduct surveys of urban poor households residing in informal settlements to gather “economic, social, and personal data necessary for implementing economic and social policies.”

“The bill lays down the mandate to have ready employment for the beneficiaries, public housing, and the essential components of a functioning, thriving community. Jobs, education, electricity, water, and health services are mandated,” Ms. Tutor said.

For economic sustainability of the public housing communities, Ms. Tutor said the bill includes “mandates for ecozones and tourism enterprise zones as components of the commercial areas of the communities.”

“The Balik Probinsya program is a medium term solution to the urban congestion and population density of Manila, Cebu, and Davao. I am hopeful that by Year 2022, the first Balik Probinsya public housing communities would have its first batches of residents settled in,” Ms. Tutor said. — Carmelito Q. Francisco and Genshen L. Espedido