“How to make the fitting adjustment between individual independence and social control is a subject on which nearly everything remains to be done… To an ordinary man, however, his own preference… is not only a perfectly satisfactory reason, but the only one he generally has for any of his notions of morality, taste, or propriety…”

As of Feb. 11, the novel coronavirus — now called COVID-19 by the World Health Organization (WHO) — has 44,000+ cases and killed 1,100+ people in China alone. The number of infected and dead people is rising every day and there is no existing proven treatment or vaccine. The nearest vaccine/s would be 12 to 18 months away because there are many processes and clinical trials needed before a new medicine or vaccine can be officially declared as safe and effective.

I checked the website of Pharmaceutical Research and Manufacturers of America (PhRMA), the biggest association of innovator pharma and biotech companies and research institutes in the world, for drugs that are undergoing various clinical trials and research, on top of existing proven medicines (see Table 1).

This should be the result of many years of virtue signalling by the WHO and various Ministry or Department of Health of many countries that the main problem in the world now are non-communicable diseases (NCDs), not infectious diseases like COVID-19. Now we see how unprepared these global and national health authorities are when the real killer diseases come.

And still the WHO and country governments continue with more regulations of products and lifestyles to “protect people from themselves,” the evolving role of a nanny state. Target products are alcohol, tobacco, electronic cigarettes, sugar, and salt/sodium. Despite the fact that anywhere in the world, people are living longer and healthier even if they have rising consumption of alcohol, tobacco, sugar/fatty food and drinks. 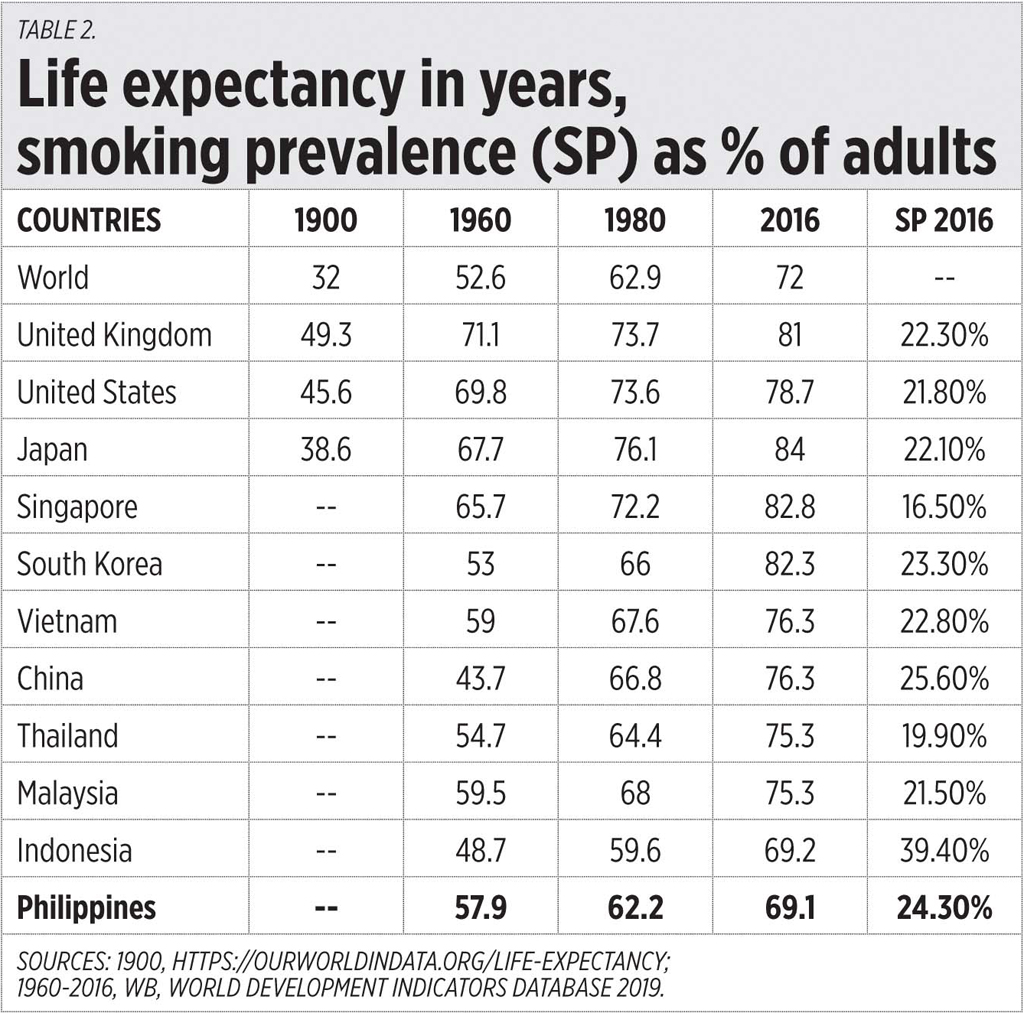 In Congress, I saw a bill on “Non-Combustible Nicotine Delivery Systems Regulation Act of 2019” and I was surprised at the huge number of new regulations, restrictions, and prohibitions for e-cigarettes or electronic nicotine delivery systems (ENDS), electronic non-nicotine (ENNDS), heated tobacco products (HTPs) as if these are the normal tobacco, alcohol, prohibited drugs.

For example there are outright bans and prohibitions for those ENDS/HTPs: banning their sale within 500 meters from any perimeter of a school or playground; banning advertisement, promotion, and sponsorship; banning use in schools/universities, hospitals, government offices and facilities; banning users who are below 21 years old.

Just recently, Congress raised the tax on those products along with regular tobacco and alcohol products. Meaning government wants more tax money from them to fund its universal healthcare (UHC) and related programs, yet government wants less use and sale of these products. Which is which?

On raising the minimum age for vaping or smoking to 21, this is more double talk. At the age of 18, the government currently believes that people are mature enough to vote and determine political leadership at local and national levels, they can drive vehicles and are mature enough not to cause injuries or deaths on the road, they can get married, and so on. Then government changes the rules because people below 21 are still immature and need to be protected from themselves.

More bans, restrictions, and taxation only encourage more corruption and smuggling. The result is more drinking, smoking, vaping, and drugs because the smuggled products are cheaper. JS Mill has warned of the dangers of more social control — government must heed this.