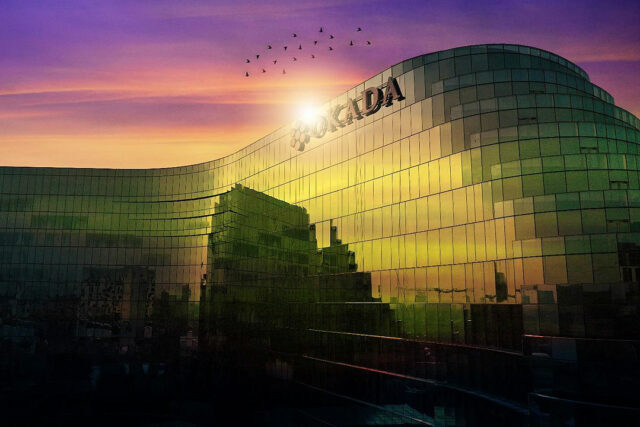 THE new management operating casino-hotel Okada Manila has denied allegations of violent takeover and kidnapping when it took over the establishment.

Its denial comes after criminal complaints were filed by members of the ousted board, as disclosed to reporters on Monday.

Vincent Lim, assistant vice-president for corporate marketing and communications of Okada Manila, said in an e-mailed statement late on Monday that the charges filed against the camp of Kazuo Okada and Antonio O. Cojuangco are “pure fabrication and have no legal basis whatsoever.”

“This was further corroborated by Major General Val de Leon of the Philippine National Police (PNP) who reported that elements of the Parañaque Police were present during the enforcement of the SQAO for the sole purpose of ensuring that no untoward incidents would occur during the serving of the SQAO at Okada Manila,” he said.

He added that representatives of the Philippine Amusement and Gaming Corp. also witnessed what transpired.

The statement from Mr. Okada’s camp came after the ousted board of the Tiger Resort, Leisure and Entertainment, Inc. (TRLEI) filed complaints before the Department of Justice (DoJ) on June 6 against Mr. Okada, Mr. Cojuangco, and Dindo A. Espeleta, among others, citing the alleged “forceful takeover” of Okada Manila on May 31.

In a press conference on June 6, the TRLEI camp claimed that Mr. Okada stormed the establishment on May 31, allegedly utilizing brute force and intimidation to “compel legitimate TRLEI officers to yield control over Okada Manila.”

On June 1, Mr. Okada’s camp issued a statement saying that the Philippines’ Supreme Court issued the SQAO in April, which determined Mr. Okada as the single representative of Tiger Resort Asia Ltd. (TRAL), which is the parent firm of Okada Manila’s operator TRLEI.

Hajime Tokuda, director of Universal Entertainment Corp., which owns TRLEI, cited kidnapping as one of the offenses committed by the camp of Mr. Okada in his complaint to the DoJ. Mr. Tokuda claimed that he was taken against his will, was brought to an unknown car, and was transported home.

In response, Mr. Lim said that no kidnapping happened during the takeover, saying that Mr. Tokuda was transported to his home for his safety.

“Nothing could be further from the truth as far as the kidnapping of Mr. Tokuda is concerned. There was no kidnapping to begin with. In compliance with the implementing guidelines of the SQAO, all officers of Tiger Resorts were requested to vacate the premises of Okada Manila in a peaceful and orderly manner,” Mr. Lim said.

Sought for comment, TRLEI Legal Counsel Estrella C. Elamparo said in a Viber message that the videos that became viral on social media speak for themselves.

“The videos, many of which have become viral on social media, photos and medico-legal reports speak for themselves. In legal parlance, res ipsa loquitur. (The thing speaks for itself.) Videos and photos cannot lie,” Ms. Elamparo said.

“Moreover, the SQAO had no implementing guidelines. This claim is absurd as their claim on the absence of violence. Rather than respond to the serious criminal charges with lame denials, they should just save their energies for the preliminary investigation that will be conducted by the DoJ,” she added.

Further, Ms. Elamparo said that they are studying the possible legal liabilities of the other personalities involved, including the police.

“In the meantime, we request that the police authorities refrain from making any untruthful remarks that can be used against them,” Ms. Elamparo said. — Revin Mikhael D. Ochave

Stocks inch up despite higher inflation in Sept.

MacroAsia approves deal for Palawan mine