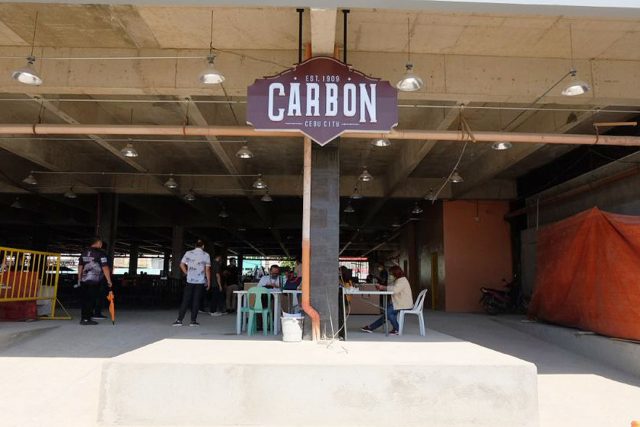 MEGAWIDE Construction Corp. said its subsidiary, Cebu2World Development, Inc. (C2W), has “substantially completed” the first phase of the P5.5-billion Carbon Market Redevelopment project in Cebu City and is on track for the official launch in April.

“[It] is on time despite the challenges brought by the pandemic and, more recently, Typhoon Odette,” Megawide Executive Director for Infrastructure Development Manuel Louie B. Ferrer said in a statement to BusinessWorld last week. He also serves as chairman of C2W.

“The official launch for phase 1 is scheduled in April 2022. Upcoming in Q3 (third quarter) will be the Puso Village, which is an F&B (food and beverage) and retail concept that will highlight Cebuano brands and feature well-loved international options as well,” he added.

The project is a 50-year joint venture with the Cebu City government. It covers the modernization of the 100-year-old Carbon public market as well as the infrastructure development of the entire district.

Under the contract, Cebu City will receive an annual guaranteed payment of P50 million with 10% escalation every five years.

The second phase of the project will be a mixed-use development.

It “opened in Q4 (fourth quarter) last year. Although a temporary facility (to be used for two years until completion of the permanent market building), Bagsakan provides ambulant vendors — vendors with no permanent stall spaces and usually sell on the street — with proper facilities such as roofing, stall allocations, and other amenities,” he noted.

“Ambulant vendors and their products are no longer susceptible to flooding or heavy rains. Eventually, Bagsakan will have its own free toilets and a police outpost. Once completed, it will accommodate more than 540 vendors.

Construction and move-in of vendors being done in phases so as not to disrupt selling,” he added.

According to the company, the Carbon Interim Building is 95% complete as of Feb. 1, with only finishing work remaining.

“This is also a temporary facility which will be used for two years. The building has a total GFA (gross floor area) of about 10,000 sq.m., more than enough for the close to 800 vendors (regular stall holders and ambulant) that it will accommodate,” Mr. Ferrer said.

He also said the building will operate 24/7 and will have proper stall spaces, individual stall connections to water and electricity, “which vendors did not have in their previous location.”

It will also have “proper loading and unloading areas and new amenities such as Wi-Fi, free clean bathrooms, etc. This will also have offices and a media lounge. Vendors will transfer in batches this February,” he noted.

Another site that has been substantially completed is the Senior Citizen’s Park and Chapel with a 30-foot statue of the Sto. Niño.

“The park has an area of more than 3,700 sq.m. and the chapel interior can accommodate at least 150 parishioners. Chapel seating can be extended as required. The form of the chapel is inspired by the crown of the Señor Sto. Niño. The chapel and park will open by end-February,” Mr. Ferrer said.

“Finally, the company has also substantially completed site development works around the area, such as drainage improvements to prevent flooding, sidewalk improvement, road clearing, among other works,” he added.

He also noted that the new Philippine National Police outposts within the district have also been constructed by the company to address issues in security and petty crime.

“These new facilities and improvements will address the concerns of the Cebuano public on cleanliness, security, and convenience, which are among the top reasons why so many of them stopped going to Carbon regularly and instead choose supermarkets despite our low prices.”

US policies under Trump to impact on PHL — analysts