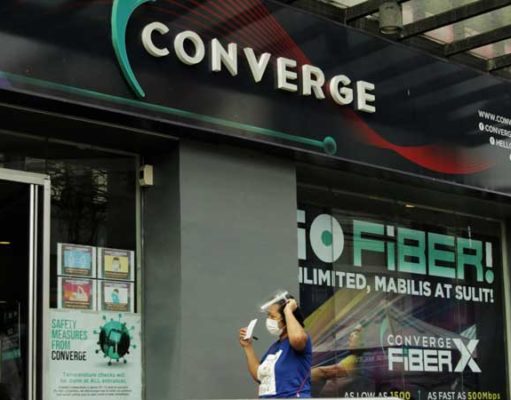 Converge ICT Solutions, Inc. announced on Tuesday that the Philippine Rating Services Corp. (PhilRatings) had assigned it a PRS Aaa rating with a stable outlook for its planned maiden bond issuance worth P5 billion.

“The Converge maiden bond offering has been granted a ‘PRS Aaa rating with stable outlook’ due to its position in the fixed broadband market following its spectacular growth in recent years and its strong cash flow that provided the company flexibility in its network rollout,” Converge said in an e-mailed statement.

On its website, PhilRatings says that a company rated PRS Aaa has a “very strong” capacity to meet its financial commitments “relative to that of other Philippine corporates.”

“A PRS Aaa is the highest Corporate Credit Rating assigned on the PRS scale.”

Converge, which aims to cover 55% of Philippine households by 2023,  said the funds to be generated from the proposed bond offering would be used to support its capital expenditures.

The bond issuance has up to P5-billion oversubscription option.

“Our strong liquidity and market position should give confidence to potential investors,” she added.

Converge’s attributable net income for the first nine months of the year went up by 137% to P5.20 billion from P2.19 billion in the same period in 2020.