There are a dozen plus factors, but for this paper, I want to test the hypothesis that “stable, cheaper energy is stable growth.” Thus, I will leave out other factors (rule of law, property rights protection, global openness, lower taxes, etc.) for now. 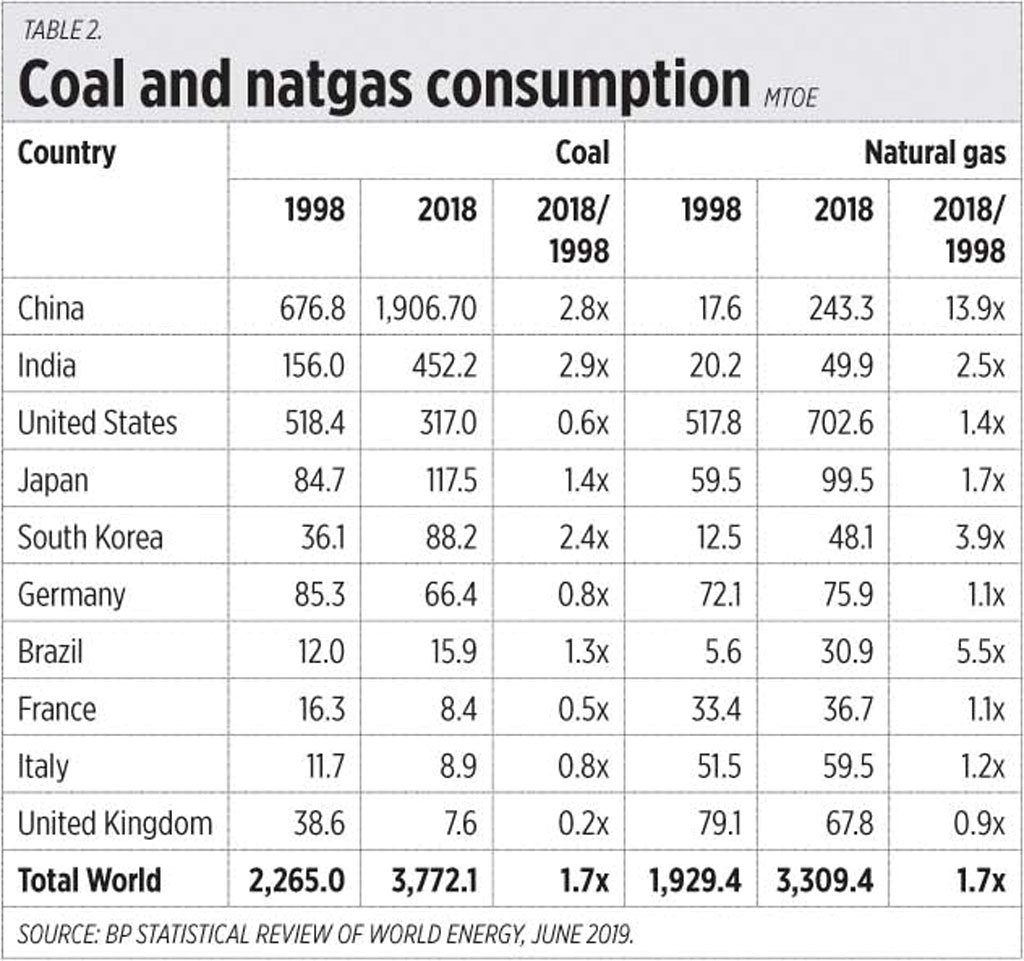 Then I checked their consumption of intermittent, unstable, and non-dispatchable energy sources like wind and solar. China, the US, and Germany are the world leaders, with India, Japan, and the UK trying to catch up (see Table 3).

It is safe to say that the reason why China, India, and South Korea have expanded their economies faster than the other seven large economies is partly (or largely) because they relied more on stable and cheaper fossil fuels especially coal, and never relied on intermittent, unstable wind and solar in their continuing march towards modernization and industrialization.

The US has escaped the anemic growth pattern of the Europeans because it increased its reliance on natgas, also a fossil fuel, even though its coal use has declined.

US President Donald Trump is correct in his opening speech at the ongoing 50th World Economic Forum (WEF) in Davos, Switzerland, that US will pursue its energy independence (and dominance) in fossil fuels and not be swayed by climate scare and doom stories, and embrace the energy of low and anemic growth — wind and solar and other variable renewables.