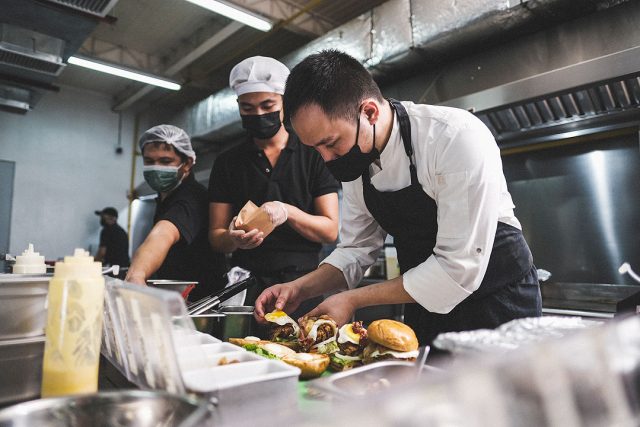 CloudEats, which was launched in the Philippines in June 2019, plans to use the funds to scale its smart kitchen technology and open cloud kitchens in more markets in the region, the latest of which will be Vietnam in November. It also aims to develop new champion brands like Burger Beast, an emerging burger brand in the Philippines.

“The food delivery market in Southeast Asia continues to experience explosive growth, allowing digitally native brands such as ours to carve their own space and win in the market,” said Kimberly Yao, co-founder of CloudEats, in a press release. “We aim to become the largest online food group in the region by building persona-driven, highly innovative cloud restaurants with delicious food that our consumers love and value.”

Other notable investors involved in the round include Alibaba-backed BAce Capital, Intera Investments Limited, and GMA Ventures. Benny Chen, BAce Capital’s founding partner, will also join CloudEats’ board of directors.

Meanwhile, Gobi Partners’ founding partner Thomas G. Tsao praised CloudEats’ co-founder Ms. Yao: “Born and raised in the Philippines, Kimberly has been recognized by the Forbes 100 To Watch and TechNode’s Top 50 Rising Women in Southeast Asia. Now she’s just raised the largest round ever by a Filipina-led startup in the Philippines!”

The cloud kitchen company was also featured in Forbes Asia’s “100 to Watch” list in August, along with three other Philippine-led start-ups. The inaugural list puts the spotlight on “notable small companies and startups on the rise across the Asia-Pacific region.”

Since its launch, CloudEats has prepared on-demand meals for numerous brands and worked with various delivery services. Its kitchens are located in non-retail, cost-efficient spaces with operations and layouts designed specifically for food delivery.

“The team at CloudEats is one of the strongest founding teams we have seen in Southeast Asia and their unique approach to providing next generation cloud kitchens is a perfect fit for the young and digital savvy populations of Southeast Asia,” said Field Pickering, Vulpes Investment Management’s head of venture investing.

“We couldn’t be more excited about being part of the CloudEats journey,” he added. — Bronte H. Lacsamana

Who won the most medals in Tokyo 2020? It depends…

‘Weird’ and ‘necessary’ — social media influencers on the BIR memo