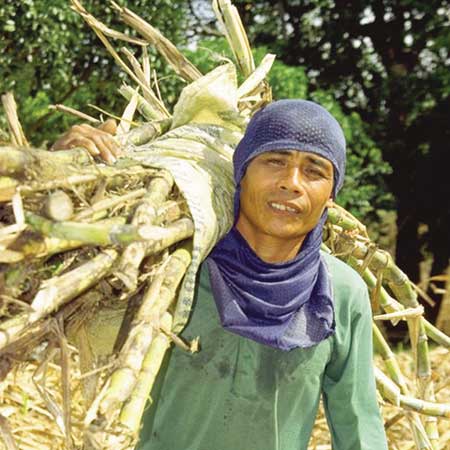 BUSINESSES in Central Visayas — which has the fourth-biggest contribution among the country’s 17 regions to national economic growth — will have to pay their employees more starting next week, after new daily minimum wage rates for private sector workers were published in a local newspaper on Dec. 21.

A Cebu business leader, however, called it a “scheme that penalizes business” especially the smaller ones that make up bulk of establishments in the region.

“As a result of the periodic and continuous review of socioeconomic conditions in the region and taking into consideration the issues raised during the public hearings and the position papers submitted by concerned stakeholders, the Board agreed to increase the existing minimum wage rates in Central Visayas,” read Wage Order No. ROVII-22, which was published by the Regional Tripartite Wages and Productivity Board-Region 7 (RTWPB-7).

The increase amounts to P18 for many sectors as well as local jurisdictions (including in Class A cities and municipalities like Cebu and Danao) but could amount to as little as P8 (for establishments employing less than 10 workers in the Cebu province municipalities of Compostela, Consolacion, Cordova, Liloan, Minglanilla and San Fernando) to much as P48 (for Tagbilaran, Bohol as well as Bais, Bayawan, Canlaon, Dumaguete, Guihulngan and Tanjay in Negros Oriental).

With the latest increase, the region’s daily minimum wage now ranges from P351 to P404, compared to P313-386 under the previous wage order that had provided for an increase of P10 to as much as P52.

Not covered by the wage order are household/domestic workers, those in personal service of another, and workers of establishments registered as barangay micro business enterprises.

Workers paid by results — e.g. on piece work, takay or task basis — are entitled to receive not less than the prescribed minimum wage per eight hours work in a day, or a proportion for working less than eight hours.

Wages of apprentices should not be less than 75% of the applicable minimum wage rate.

The National Wages and Productivity Commission said in a social media post on Thursday last week, “Ito ay nailathala sa The Freeman noong Disyembre 21, 2019 at magiging epektibo simula Enero 5, 2020 (This was published in The Freeman on Dec. 21, 2019 and will be come into effect on Jan. 5, 2020).”

CONCERNED
“This scheme penalizes businesses more in less developed economies. Make no mistake, we want to achieve prosperity and share with our valued work force the rewards of our business undertaking. However, such mandated wage increases has to consider the impact among the 95%+ of MSME,” Virgilio G. Espeleta, president of the Cebu Chamber of Commerce and Industry (CCCI), said in a mobile phone message on Wednesday, referring to micro, small- and medium-scale enterprises.

The same order provides for a two-tiered wage system in which employers, “on voluntary basis… may provide productivity-based incentive pay… based on indicators such as business performance, labor productivity, work behavior and competitiveness of establishments, among others.”

It added that the wage board will “issue an advisory on the range of productivity incentives which may be applied by establishments.”

For CCCI’s Mr. Espeleta, however, productivity should be a primary consideration in increasing wages. “While we want to alleviate and improve their take-home pay, we wish to translate pay to performance and productivity. It’s a sad reality there never was such clear agenda in the RTWPB on productivity,” he explained.

In its latest order, the regional wage board noted that the Cebu Labor Coalition, Lonbisco Employees Union, Metaphil Workers Union, and the Union Bank Employees Association filed a petition for a P341.75 across-the-board daily wage adjustment on Aug. 9 last year, six days after the previous Wage Order No. 21 reached its first anniversary and the prohibitive period for filing new petitions had lapsed.

Central Visayas was the fourth-biggest contributor to the 6.24% gross domestic product growth in 2018, according to the Philippine Statistics Authority (PSA), accounting for 0.49 percentage point (ppt), following the National Capital Region’s 1.76 ppt, the 1.22 ppt of the Cavite-Laguna-Batangas-Rizal-Quezon region just south of Metro Manila and the 0.69 ppt of Central Luzon to the north.

Central Visayas was one of the nine regions that saw inflation rates — a key factor considered in wage adjustments — that were slower than the nationwide 1.3% in November, clocking in at 1.1% that month, according to the PSA.