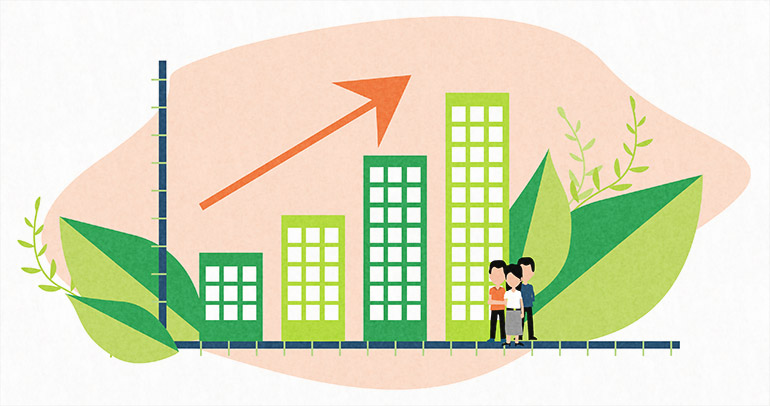 Going back to a new normal necessitates a radical shift to sustainable practices and resources that no longer degrades the environment, according to a local think tank.

The Center for Energy, Ecology, and Development (CEED), a Quezon City-based think tank for sustainable and people-centered development pathways, released a position paper on Monday which argues against a “back to normal” policy for the government after the scheduled lifting of the Enhanced Community Quarantine (ECQ) on May 15.

Titled “COVID-19 and the Climate Crisis: Towards a Just Recovery”, the paper raises the links between the degradation of the environment and the rise of zoonotic diseases, or illnesses caused by germs that pass from animals to people.

“The scientific community is united on the causal relationship between our encroachments on natural habitats and the rise of new illnesses,” Gerry Arances, executive director of CEED, explained in a statement. “The more we closely interact with species in the wild, the more we are exposed to diseases for which modern medicine is unaware of or does not have a cure. Sometimes, these diseases have the potential to become pandemics, like what COVID-19 did.”

The paper, which can be accessed on CEED’s website, emphasized that COVID-19 may not be the last of the pandemics that will be brought by the coronavirus family, a group which includes the Severe Acute Respiratory Syndrome (SARS), which broke out from 2003 to 2004, and the Middle East Respiratory Syndrome (MERS), which broke out from 2012 to 2015.

“Even as the world reels from the shock of its economic and social impacts, the emergence of COVID-19 did not necessarily come as a surprise for scientists,” CEED’s position paper read. “Two major epidemics in the recent past, SARS and MERS, were caused by coronaviruses occurring in bats, and experts predicted that it is only a matter of time before another widespread infection from the same family comes around.”

CEED also expressed in the paper its wariness over the return to normal ways of doing things, pointing out that “the relentless exploitation of the environment to sustain a consumer-driven culture” caused the crisis in the first place.

“Obsessed with economic growth and development at all costs, however, countries around the world are already making financial and policy decisions to ensure the restoration of business-as-usual patterns even while the crisis has yet to be resolved,” the position paper explained.

“It was the normal consumption-oriented economy and operation of destructive industries that brought about both the climate crisis and rising health problems of the modern day. There is no reason to simply return to it.”

For CEED’s executive director, the extension of the ECQ provides the government more time to evaluate how it can realign the economy in order to make it more sustainable and responsive to the needs of the people before economic and social activity resumes once the ECQ is lifted.

“We in CEED believe that the government, led by President Rodrigo Duterte, can really implement change now and build an economy less plagued by the inequalities of the old, an economy which puts people and harmony with nature first, and an economy where power is given to those who have the most to lose from the climate emergency,” Mr. Arances said.

He also added that the government is now in the position to provide massive assistance to the Filipino masses, and it can also dictate the rules on subsidies for companies. – A.B. Conoza