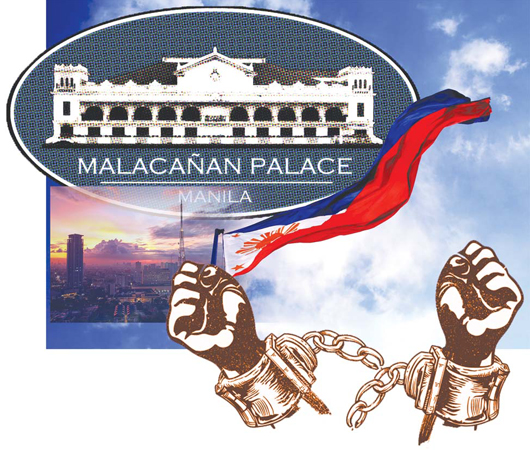 In December 2016, or barely six months into an administration that is very strong on fighting corruption, two high ranking Deputy Commissioners of the Bureau of Immigration, Al Argosino and Michael Robles, were arrested based in an entrapment operation for demanding and receiving the grand sum of P50 million as extortion money from a Chinese gambling personality named Jack Lam.

It was supposedly for the release of about 1,300 Chinese arrested for working illegally in Pampanga. Argosino and Robles are facing the charge of plunder — despite a missing P1,000 bill that was going to downgrade the crime. Fifty million happens to be the threshold amount for plunder that is punishable with the highest penalty of reclusion perpetua.

Who was the head of the Bureau of Immigration in 2016?

In 2020, the whiff of corruption has become a firestorm. Based on the account of a whistleblower from the Bureau of Immigration, Chinese visitors were entering the Philippines on an expedited basis for grease money of P10,000 per entry. According to Senator Risa Hontiveros who exposed the systematic corruption, the estimated total take is P1 billion considering the number of Chinese coming in and out of the country.

Worse, VIPs or those blacklisted or with dubious records can freely pass through the immigration counters without their passports being checked or stamped for the measly sum of P50,000 each time.

“Patriotism, Integrity and Professionalism” is the official motto of the Bureau of Immigration and ring empty in the face of the realities of petty and grand corruption in the agency. It is the premier immigration office that polices and protects the country from undesirable aliens and criminal elements. It controls and regulates, and, when necessary, prevents the entry of and deports persons that are harmful to our society and citizens.

It is an office under the Department of Justice precisely because of the importance and sensitive nature of its function to secure our peace. What is happening is the opposite — immigration officials are expediting the entry and exit of shady characters and downright criminals — no entries, no record, no nothing. These make these government officials conspirators and as guilty as those they escort. It is the exact opposite of their sworn duty and a bastardization of what the Bureau aspires and stands for.

And yet another sacking of those involved and revamping of the bureau. These do not solve the problem as these people are recycled when things cool down. Sacking does not remove scalawags whether from the Bureau of Immigration or the Philippine National Police; revamping at the Immigration or Customs results in the same old tarnished names.

I remember a story from some years ago of a little boy who was walking along the seashore. He sees a man standing who seemed to be covered in black. He steps closer — mosquitoes were actually on every part of him and sucking the life out of him. He ran towards the man to drive away the mosquitoes but the man shouts, “Stop!” The boy said, “I want to help.” The man replied, “If you shoo them away, new, hungry mosquitoes will come and it will be worse for me. At least these mosquitoes are already full.” The boy turns away.

The man represents us, our institutions, the strength and bedrock of our democracy. But the corrupt are not the mosquitoes for they kept on sucking and only get bigger and greedier.

And this is the President’s responsibility. When one wants good food, he hires a chef. When one wants to ride a plane, he trusts in a skilled pilot. But for many of our agencies, the qualification is personal ties with the appointing authority. Never mind competence, the set of skills for an officer to meet the mandate of the office; disregard integrity, the essential ingredient for any public servant; forget professionalism, the ability and passion to get things done for the greater good regardless of the sacrifice.

If our institutions are run by such people, they are hollowing out and are in fact hollowed out. They are only Departments and Bureaus in name. In reality, they are vehicles for private gain and personal aggrandizement.

With the wave of criminality from those working in gambling companies and the destruction of our sense of right, there is no need for violent war — the damage is far more permanent and wide-ranging. The foreign invasion is not through destroyers and fighters planes, it is in the buying out of our morality and selling out of our ideals and traditions. It is the capturing of the pockets and loyalties of those who swear to serve and protect us.

The immediate effect of the cosmetic moves is the long lines at our airport terminals that jeopardize bona fide travelers and tired compatriots. The images of the hellish queues and the anguish on faces of passengers represent the worst of what was once the proud and honorable Bureau of Immigration.