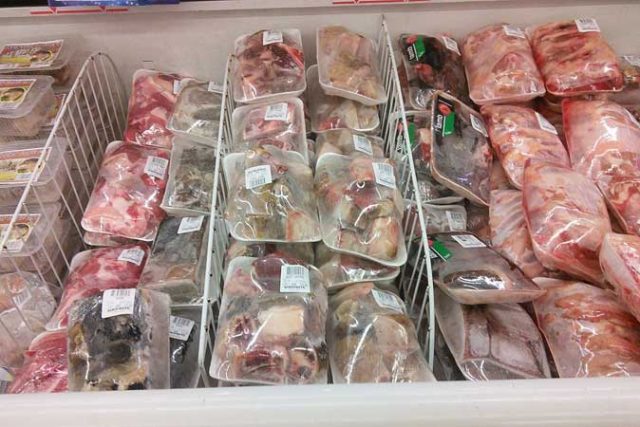 ABOUT 140,000 metric tons (MT) of pork imports, equivalent to 70% of the adjusted minimum access volume (MAV) allocation under Executive Order (EO) No. 133, will be admitted between July and October, according to a committee overseeing MAV imports.

MAV Management Committee Resolution No. 1 indicates that the 140,000 MT is open to all interested importers on a “first come-first served” basis, while the remaining 30% or 60,000 MT is scheduled for entry between November and January 2022.

“The MAV Management Committee unanimously approves the calibrated distribution of 70% or 140,000 MT, for July-October and 30% or 60,000 MT for November-January 2022 shall be open to all interested importers on a first come-first served basis,” the resolution said.

“A maximum limit of 50 full container loads, approximately equivalent to 1,250 MT, shall be allowed per application per importer,” it added.

The order was issued in response to the tight supply of pork supply in the wake of the African Swine Fever outbreak.

The MAV system governs farm commodities that can be imported at favorable tariff rates within a specific quota under the World Trade Organization.

Aside from raising the MAV volume, Mr. Duterte also signed EO 134, which adjusted the tariffs on pork imports for one year.

Under EO 134, MAV pork imports will be charged a 10% tariff over the first three months, rising to 15% tariff in the following nine months. Out-of-quota pork imports pay 20% and 25% over those respective periods.

Meanwhile, the resolution also noted that the MAV Advisory Council had recommended that the additional 200,000 MT MAV quota be distributed equally during the 12-month period or 16,667 MT per month, which was opposed by the Department of Agriculture (DA).

A review conducted by the DA’s legal service concluded that the recommendation to evenly distribute the quota runs counter to the intent of EO 133.

In a separate announcement, the MAV Management Committee said the application period and submission of requirements for the pork imports will start on July 12.

Documents needed for the application include a bill of lading, a commercial invoice, and a letter of intent for the specific volume to be applied for. — Revin Mikhael D. Ochave

Emperador earnings up 18% to P8 billion