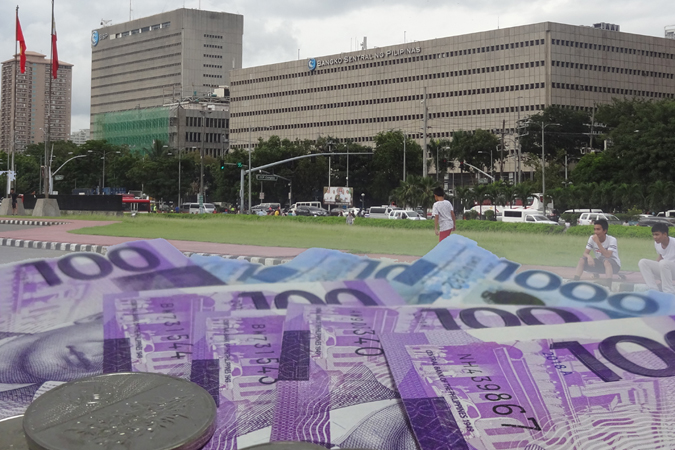 THE Philippine central bank would probably cut benchmark interest rates again this year to shield the economy from a coronavirus outbreak and a slew of natural calamities, analysts said.

Fitch Solutions Macro Research in a note said the Bangko Sentral ng Pilipinas (BSP) was likely to trim the key rate again by another 25 basis points (bps) to 3.5%.

“A series of natural disasters, including a typhoon, earthquake and volcano eruption over December and January, are also likely to have disrupted output,” it said.

“More significant however, is the coronavirus outbreak in January, which could affect external demand, domestic confidence and has already softened metal and energy commodity prices, posing disinflationary and economic risks to the Philippines,” according to the note.

The Monetary Board at its first policy meeting on Thursday cut the key rate by 25 bps to take advantage of slower price increases and shield the economy from the effects of a deadly coronavirus outbreak.

BSP Governor Benjamin E. Diokno told a briefing after the policy ruling prospects for global economic growth have weakened further amid geopolitical tensions, while the spread of the 2019 novel coronavirus could affect economic activity and market sentiment in the coming months.

The manageable inflation environment “allowed room for a preemptive reduction in the policy rate to support market confidence,” the governor said.

Mr. Diokno earlier told Bloomberg TV the next rate cut could come by the middle of the year.

“We think the timing of the next rate cut is likely to be dependent on the trajectory of inflation,” she said. “The BSP is likely to ease when inflation starts to decelerate.”

January inflation picked up more than expected to an eight-month peak of 2.9%, but it was still within the central bank’s comfort range.

The rate was faster than 2.5% in December but slower than 4.4% in January 2019, according to data from the Philippine Statistics Authority.

THREE CASES
The coronavirus outbreak that has killed hundreds and sickened thousands more in China could dent growth in the next two quarters by an average 0.3 percentage point, Mr. Diokno said last week, citing preliminary estimates.

The tourism sector was likely to be hit the hardest, he said.

The World Health Organization has declared a global health emergency after the outbreak that started in Wuhan City in China spread to more than 20 countries, including the Philippines.

The Philippines has reported three novel coronavirus cases, all Chinese nationals from Wuhan City where the virus was first detected.

The first case — a Chinese tourist from Wuhan who had been traveling with a man who died of the virus — was no longer showing symptoms and may be discharged soon, the Department of Health said at the weekend.

The third, a 60-year-old woman, was belatedly confirmed after she had left the country.

There was no known transmission in the country but more than 200 people were under investigation and were being monitored.

S&P Global Ratings said in a report on Friday the coronavirus crisis would probably stabilize globally by March, “with virtually no new transmissions in April.”

“Of course, the virus has global reach and there will be feedback effects on China as other economies adjust and global financial conditions shift,” it said.

MUFG’s Ms. Ng said the outbreak had added downward pressures on the peso.

“Prior to the coronavirus outbreak, we have already pencilled in a bearish profile for the peso against the dollar the year ahead, in part due to higher import of capital goods and raw materials amid an increase in infrastructure spending, as well as policy easing by the BSP,” Ms. Ng said.

“But as the Philippine economy is more buffeted from the impact of the coronavirus than other countries in the region with greater China linkages, peso weakness is likely to be more insulated from the fallout as well,” she said.

Ms. Ng said Mr. Diokno was “not in a rush” to cut the reserve requirement ratio for banks because he has time to cut the ratio to a single digit before his term ends in 2023.

“This is as previous RRR cuts were not fully absorbed by the banking sector. The BSP noted that only 30% of funds released from the RRR cuts were lent out, while the remaining 70% went back to the BSP,” she said.

The reserve requirement for big banks now stands at 14% for commercial banks, 5% for thrift banks and 3% for rural banks and 14% for nonbank financial institutions with quasi-banking functions.