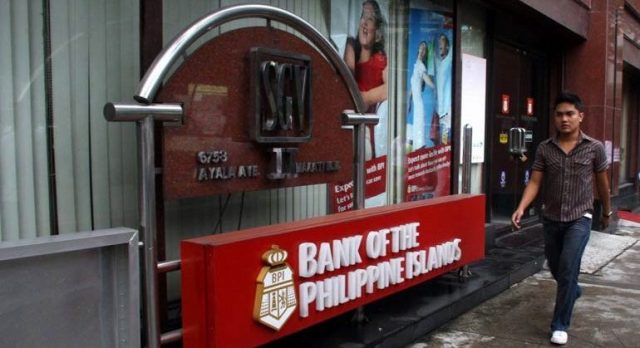 BANK OF THE Philippine Islands (BPI) booked a lower net profit in the first three months of the year due to a decline in revenues caused by lower net interest income.

The lender is moving forward under the leadership of its new President and Chief Executive Officer Jose Teodoro “TG” K. Limcaoco and plans to ramp up digitalization, expand its retail and small business portfolio, and veer away from financing coal projects, with the lender also looking into bidding for the retail business of Citigroup, Inc. in the Philippines.

The bank’s net income stood at P5 billion in the first quarter, it said in a filing with the local bourse on Wednesday. This is lower by 21.64% from the P6.381 billion booked a year earlier, based on BPI’s financial report for the first quarter of 2020.

The bank’s credit book dropped 5% to P1.4 trillion as of March from a year earlier amid softer loan demand across all products except for mortgage (10.9%) and microfinance (10.5%), which registered growth.

With the drop in credit, BPI’s loan loss provisions declined by 12.7% to P3.6 billion from the P4.1 billion it set aside in the first quarter of 2020.

On the other hand, BPI’s total deposits stood at P1.7 billion. The bank said its current account, savings account (CASA) deposits rose by 11.9%, offsetting the 34.4% decline in time deposits. Its CASA ratio and loans-to-deposit ratio stood at 82.6% and 81.6%, respectively.

Meanwhile, operating expenses incurred by the bank in the first three months of 2021 slipped by 2.3% to P11.8 billion. This caused BPI’s cost-to-income ratio to improve to 48.6% from 49% in the same period a year ago.

The bank’s assets were nearly flat at P2.2 trillion, while total equity rose to P280.8 billion.

BPI’s common equity Tier 1 ratio and capital adequacy ratio at end-March were at 16.6% and 17.5%, respectively, both above the minimum regulatory requirements. Its return on equity and return on assets were at 7.2% and 0.93%, respectively.

TARGETS
BPI’s annual stockholders’ meeting held virtually on Wednesday marked the transfer of the bank’s leadership to Mr. Limcaoco from former president and CEO Cezar P. Consing, who had headed BPI since 2013.

Mr. Limcaoco, who was Ayala Corp.’s chief finance officer prior to his new role at BPI, said he will continue the commitment of his predecessor to push the bank’s digitalization.

“What this means to me is that we need to invest in technology. We need to make our digital tools available for each and every customer…[and] to give access to digital tools to even non-customers,” Mr. Limcaoco said.

He added that they want to make their credit book “more inclusive” by increasing the share of retail and small business loans in their portfolio.

“I’ve always thought of myself as a retail banker, as a consumer banker. What we want to do is to continue to push our leadership in those two segments and make sure we serve more customers and provide more products,” Mr. Limcaoco, who also headed BPI Family Savings Bank and BPI Capital Corp., said.

Mr. Limcaoco and Mr. Consing both noted the bank’s target to beef up its sustainability efforts.

“It is our intent to achieve zero coal in line with the Paris Agreement target of 2037 for non-OECD Asia. In fact, we believe that we will be able to half the amount of our outstanding coal loans by the end of 2026,” Mr. Consing said.

The bank also expressed interest in bidding for the retail segment of Citi Philippines following its parent Citigroup’s announcement of its exit from the business in 13 Asia-Pacific markets.

Mr. Limcaoco said they find Citi Philippine’s retail portfolio very “complementary” for BPI and said some people have already reached out to them about this.

“We have told them that as soon as they have the information, to send us the information and we will take a look at it. Most likely, we will be interested, to be honest,” he said.

LYKA to apply for operator of payment system license

Another rate cut still on the table — analysts