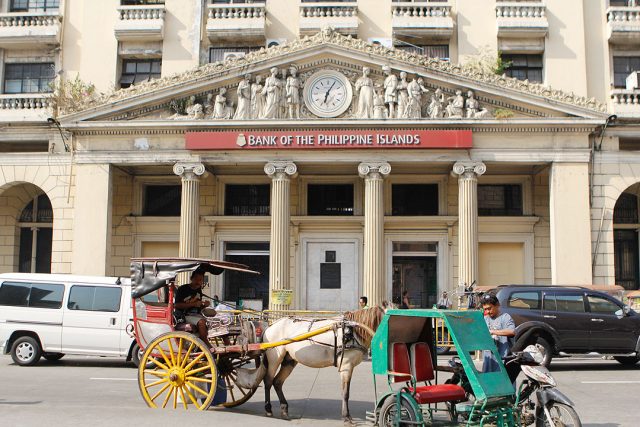 BANK OF THE Philippine Islands (BPI) posted higher net earnings in the first nine months of the year, even as its net interest and non-interest incomes declined from their year-ago levels, amid lower provisions for loan losses.

The Ayala-led bank’s net income increased by 1.8% year on year to P17.5 billion in the first nine months from P17.3 billion in the same period in 2020, it said in a filing with the local bourse on Thursday.

The bank’s net interest income in the January to September period declined by 5.6% year on year to P51.2 billion. This, as its net interest margin shrank by 21 basis points to 3.31% amid lower yields across its loan portfolios and treasury assets, BPI said.

Meanwhile, the bank’s non-interest earnings went down by 7% year on year to P20.5 billion at end-September due to weaker trading gains. This was partially offset by the 27.2% climb in its fee income.

BPI’s revenues dropped by 6% to P71.6 billion at end-September from a year earlier.

On the other hand, total operating expenses increased by 3.5% year on year to P36.5 billion in the first nine months, driven by the bank’s investments for its digitalization. Cost-to-income ratio was at 50.95%.

The bank cut its loan loss provisions by 49.9% to P10.3 billion as of end-September from the P20.5 billion it set aside in the same period last year.

BPI’s loans rose by 0.9% year on year to P1.4 trillion as of end-September, backed by an increase in mortgage, credit card and microfinance credit.

On the funding side, deposits with the bank likewise increased 6.6% year on year to P1.8 trillion as of September.

BPI’s loan-to-deposit ratio was at 77.2% at end-September.

The bank’s assets increased 3.3% year on year to P2.3 trillion in the January to September period, while total equity stood at P291.8 billion.

Return on equity and return on assets stood at 8.3% and 1.1%, respectively.

BPI is in the process of completing its merger with its sister unit BPI Family Savings Bank, which is expected to be finished by 2022.

The transaction was approved by the central bank on Sept. 30. Its effectivity depends on the issuance of the certificate of merger by the Securities and Exchange Commission.

BPI shares closed at P84.90 apiece on Thursday, down by P1.10 from its previous finish. — Luz Wendy T. Noble

Growth prospects could dim if NCR lockdown is extended