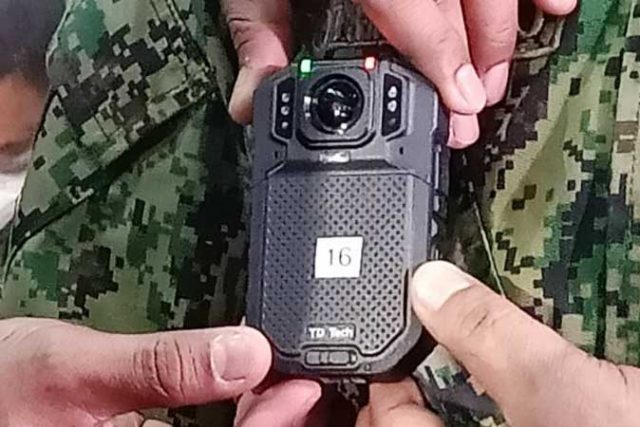 Almost four years after the death of Kian delos Santos, a 17-year-old student who allegedly fought back yet was shown in a CCTV footage to have helplessly died in the hands of our own law enforcement officers, the growing clamor for transparency and accountability in the operations of the Philippine National Police (PNP) persists.

As the government’s response, on July 9, the Supreme Court released its June 29 Resolution, which approved A.M. No. 21-06-08-SC, or the Rules on the Use of Body-Worn Cameras in the Execution of Warrants.

Upon its effectivity, law enforcement officers are expected to use at least two devices (one body-worn camera and one alternative recording device) to capture relevant incidents during the execution of both arrest and search warrants. Notably, officers are also required to comply with the Rules even in effecting warrantless arrests, insofar as it is practicable.

In the event that body-worn cameras are unavailable, the police officers implementing the warrant must, prior to the execution, file an ex parte motion and secure the court’s approval for the use of alternative recording devices.

The cameras must be activated upon arrival at the place of arrest and must not be turned off until the person has been delivered to the nearest police station or jail. This notwithstanding, the Rules provide for the following instances as to when the devices may be deactivated during any arrest or search:

1. Communications between law enforcement personnel unrelated to the conduct of the search/arrest;

3. When officers are on break or engaged in non-work-related activities;

4. Inside places where there is a reasonable expectation of privacy and there is no legal reason to be present (e.g., restrooms and locker rooms), unless the premises are covered by the search warrant;

7. Such other circumstances provided by the court issuing the warrant which is part of constitutional privilege and where the dignity of an individual may outweigh the public necessity for recording.

In addition, redaction of information and images is also permitted in sensitive cases such as those involving minors, sexual offenses, and domestic violence.

Another salient provision is Rule 3, Section 2 of the Rules, which broadened the authority of Executive Judges of Regional Trial Courts. Now they can act on applications of search warrants filed by the PNP, the National Bureau of Investigation, the Anti-Crime Task Force, the Philippine Drug Enforcement Agency, and the Bureau of Customs which are to be implemented in their respective judicial regions involving cases of: (i) heinous crimes; (ii) illegal gambling; (iii) illegal possession of firearms and ammunitions; and (iv) violations of the Comprehensive Dangerous Drugs Act of 2002, the Anti-Money Laundering Act of 2001, the Customs Modernization and Tariff Act, and other relevant laws that may be enacted by Congress and included by the Supreme Court. This expressly repealed Chapter V, Section 12 of A.M. No. 03-8-02-SC, as amended, which lodged such authority only in executive judges of the RTCs in Manila and Quezon City.

The Rules also allow media representatives to record warrantless arrests effected for drug operations. Although this is already being done, what is new is that the data recorded by the media during the operations must be turned over and downloaded by the data custodian within 24 hours from the time of recording. A high standard is also required in establishing the chain of custody of the recordings.

As to its effect on the subject case, an officer’s failure to use a body-worn camera varies depending on whether the operation conducted is an arrest or search. If the warrant to be executed is an arrest warrant, said failure does not render the arrest unlawful nor render the evidence obtained inadmissible. The circumstances of the arrest may be proved by testimonies of the arresting officers, the person arrested, and other witnesses to the arrest.

On the other hand, if a search was made and the officers failed to use the required devices without reasonable grounds, the pieces of evidence obtained are inadmissible for the prosecution of the offense for which the search warrant was applied. As such, the person searched may accordingly file a motion to suppress evidence. This remedy is likewise available for persons searched incidental to an arrest by virtue of a warrant, but where the arrest was made without use of the required body-worn cameras or alternative recording devices.

Regardless of whether an arrest or search was made, non-compliance without any justifiable ground, or deliberate interference with or manipulation of the camera’s ability to accurately capture the operation, may result in contempt of court without prejudice to any administrative, civil, or criminal action that may be filed against the erring officer.

The recordings remain private and are only to be treated as public record subject to disclosure when the act recorded resulted in an assault or death of a law enforcement officer. As such, consent on the use of the recordings in court proceedings must be secured in the presence of the one’s counsel. Under the Rules, a person’s silence shall be taken to mean that he/she consented to the use of the recording.

It may be reasonably argued that the Rules still has various gaps which may be circumvented. For instance, the Rules failed to elaborate on the “reasonable grounds” for non-compliance. Nevertheless, this development should be seen as taking a step forward to enforcing and strengthening legal limits on the use of arbitrary power. If the promulgation of the Rules will prevent another death and will save another Kian delos Santos, then this progress is certainly a positive and a welcome development.

This article is for informational and educational purposes only. It is not offered as and does not constitute legal advice or legal opinion.

Shiela Vae A. Hoylar is an Associate of the Cebu branch of the Angara Abello Concepcion Regala & Cruz Law Offices (ACCRALAW).

Peso weakens vs dollar on improved US labor market data