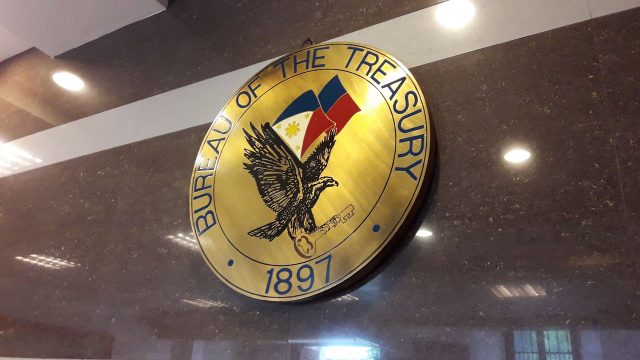 THE GOVERNMENT fully awarded its offer of Treasury bills (T-bills) at mostly higher rates on expectation of another hike by the Bangko Sentral ng Pilipinas (BSP) next week amid elevated inflation.

The Bureau of the Treasury (BTr) raised P15 billion as planned from its auction of T-bills on Monday, with bids reaching P43.77 billion.

Broken down, the Treasury made a full P5-billion award of its offer of 91-day securities as the tenor attracted P18.69 billion in bids. The average rate of the three-month paper went down by 24 basis points (bps) to 1.85% from the 2.09% fetched at the previous auction. Accepted rates ranged from 1.825% to 1.875%.

National Treasurer Rosalia V. de Leon told reporters in a Viber message that the average rate of the 91-day paper declined due to overwhelming demand as the market awaits the BSP’s Aug. 18 policy meeting.

“The market is also looking for clues whether the Federal Reserve will pivot or sustain its rate hikes after the US payrolls report beat market estimates,” she added.

The first trader said the result was expected as the auction saw a strong turnout.

“This is basically investors putting their liquidity to work while waiting for justified directional leads in terms of inflation and view on policy rates,” the first trader said.

“Nothing surprising here. Just that the one-year space is reflecting the market’s view of higher rates moving forward,” the second trader said.

The Monetary Board last month raised the benchmark interest rates by 75 bps in an off-cycle move, as it sought to contain inflationary pressures exacerbated by the peso’s weakening versus the dollar amid the Fed’s aggressive stance. It has raised rates by 125 bps so far since May.

For the first seven months, inflation averaged 4.7%, higher than the 4% seen in the same period a year ago and the central bank’s 5% inflation forecast, but higher than its 2-4% target for the year.

The Fed raised interest rates by 75 bps for a second straight meeting in July. It has hiked borrowing costs by a total of 225 bps since March.

On Tuesday, the BTr will auction off P35 billion in 10-year Treasury bonds (T-bonds) with a remaining life of six years and five months.

The Treasury wants to raise P215 billion from the domestic market this month, or P75 billion through T-bills and P140 billion via T-bonds.

The government borrows from local and external sources to help fund a budget deficit capped at P1.65 trillion this year, equivalent to 7.6% of gross domestic product. — Diego Gabriel C. Robles