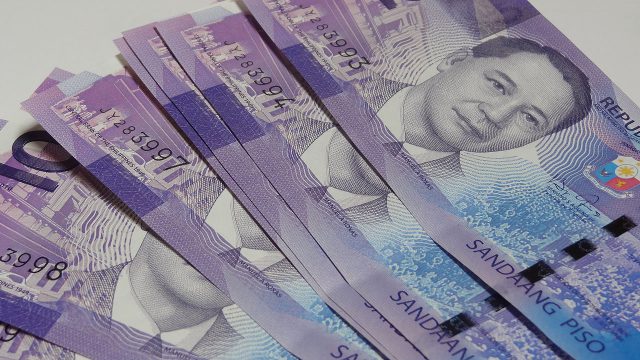 THE PESO climbed versus the greenback on Thursday as the government relaxed mobility restrictions in the capital and following the release of data showing the country had ample dollar buffers as of end-September.

The local unit closed at P50.605 per dollar on Thursday, appreciating by five centavos its P50.655 finish on Wednesday, based on data from the Bankers Association of the Philippines.

The peso opened Thursday’s session stronger at P50.59 per dollar. It dropped to as low as P50.67, while its intraday best was at P50.525 versus the greenback.

Dollars traded declined to $936.65 million on Thursday from $1.105 billion on Wednesday.

The peso closed stronger on Thursday as Metro Manila was placed under Alert Level 3, a trader said.

Alert Level 3 will be imposed in Metro Manila from Oct. 16 to 31, presidential spokesperson Herminio L. Roque, Jr. said on Wednesday. Under this level, businesses will be allowed to operate at 30% indoor capacity and 50% for outdoors.

The Bangko Sentral ng Pilipinas said the decrease in the GIR level from the previous month was due to the national government’s payment of its foreign debt obligations and the lower valuation of its gold holdings.

At the end-September level, the GIR can cover 10.8 months’ worth of imports of goods and payments of services and primary income. It is also enough to service about 7.6 times the country’s short-term external debt based on original maturity and 5.2 times based on residual maturity.