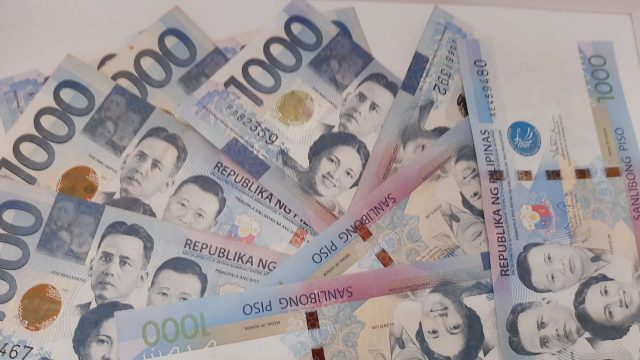 THE PESO weakened against the greenback on Thursday ahead of the US Federal Reserve’s Jackson Hole symposium, where it could give signals about its plan to reduce its monthly asset purchases.

The local unit closed at P49.98 per dollar yesterday, weaker by 13 centavos from its P49.85 finish on Wednesday, based on data from the Bankers Association of the Philippines.

The peso opened Thursday’s session at P49.80 versus the dollar. Its weakest showing was at P50.08, while its intraday best was at P49.74 against the greenback.

The annual symposium was set to kick off yesterday and Fed President Jerome Powell will give his speech on Friday.

The minutes of the Fed’s July policy meeting showed officials largely expect to start tapering their monthly purchases of $120 billion in Treasury bonds and mortgage-backed securities by the end of this year.

Meanwhile, a trader attributed the peso’s drop to preference for the dollar after faster-than-expected growth in US capital goods orders.

Reuters reported that orders for non-defense capital goods excluding aircraft rose 1% in July, unchanged from its pace in June, based on data released by the US Commerce Department on Wednesday. Meanwhile, shipments of core capital goods rose 1% after increasing 0.6% in June.