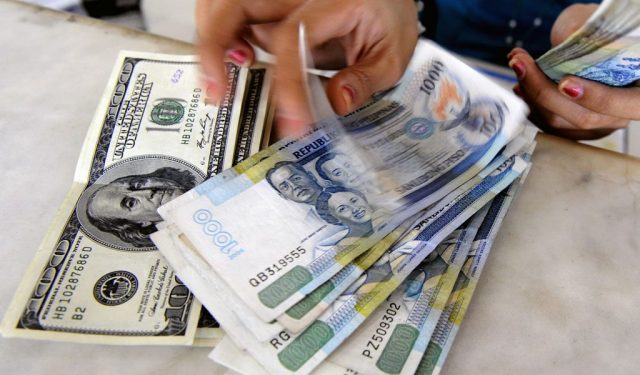 The peso weakened further Friday as the growing threat of the Delta variant of the coronavirud continued to weigh on financial markets.

The peso closed at P50.48 to the dollar , against its Thursday close of P50.39, according to Bankers Association of the Philippines website.

Week–on–week, the currency shed eight centavos from its P50.40 finish the previous Friday.

Health authorities reported 13,178 new coronavirus infections Friday to bring the total number of active cases to 96,395. There were also 299 deaths reported due to the virus that day, pushing the tally to 29,838.

The Philippine Chamber of Commerce and Industry (PCCI) in a statement Friday warned that extending the hard lockdown imposed in Metro Manila to five weeks could further hamper economic activity.

A bond trader said the peso’s weakness was also due to upbeat US initial jobless claims data and strong producer inflation readings.

The US producer price index increased by a record 7.8% in July, while initial claims for public jobless benefits fell by 12,000 to 375000 for the week ending Aug. 7, according to Reuters. —  Beatrice M. Laforga