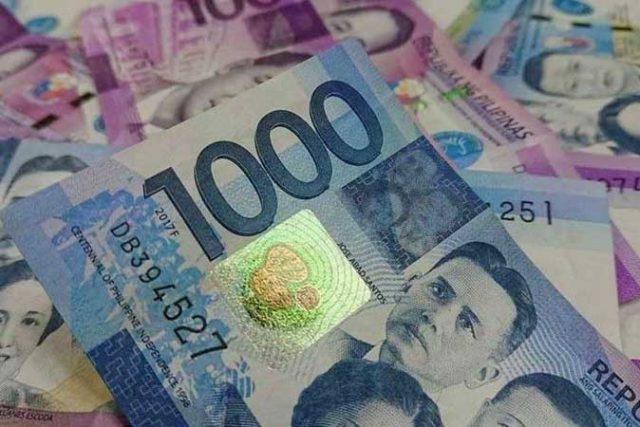 THE PESO rebounded versus the greenback on Tuesday on positive remittances data and expectations for slower inflation in the United States.

The local unit closed at P50 per dollar, gaining 12 centavos from its P50.12 finish on Monday, based on data from the Bankers Association of the Philippines.

The peso opened the session at P50.30 versus dollar, which was already its weakest showing for the day. Meanwhile, its intraday best was at P49.95 versus the greenback.

The central bank attributed the growth in cash remittances in the five-month period to higher inflows from the US, Malaysia, South Korea, Singapore, and Canada.

Meanwhile, a trader said the peso strengthened amid risk-on sentiment due to expectations of slower US inflation data.

The US consumer price index for June will be reported by the Labor department on Tuesday. It rose by 0.5% in May.