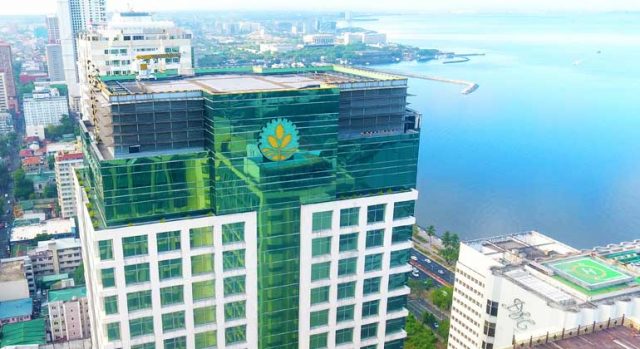 LAND BANK of the Philippines (LANDBANK) has disbursed P7.5 billion in loans and cash grants to rice farmers since the signing of Republic Act No. 11203 or the Rice Tariffication Law in 2019.

In a statement on Wednesday, the state-led bank said it has lent P7.5 billion as of April 30, which benefited 962,126 rice farmers across the country.

Of the total, P1.03 billion in cumulative loans were granted to 6,218 eligible borrowers under the Expanded Rice Credit Assistance (ERCA), which is part of the Rice Competitiveness Enhancement Fund (RCEF).

“Available until 2024, LANDBANK will lend up to P500 million in credit assistance annually under ERCA-RCEF to rice farmers in 38 rice-producing provinces at affordable interest rates, with minimum documentary requirements,” it said.

LANDBANK also released P2.52 billion worth of loans to 165,963 small rice farmers under the survival and recovery assistance (SURE Aid) lending program, which provides P15,000 in credit assistance per borrower at zero interest and no collateral to rice farmers tilling one hectare of land and below.

The state-led bank added that it gave P1.27 billion in cash assistance to 253,826 farmers under the Rice Farmer Financial Assistance (RFFA) program. This involves a P3-billion unconditional cash transfer program that gives P5,000 each in financial assistance to farmers tilling 0.5 to two hectares of land.

Meanwhile, LANDBANK said it likewise released P2.68 billion in cash grants to 536,119 farmer-beneficiaries under the Financial Subsidy to Rice Farmers (FSRF) program that offers P5,000 cash subsidy to those not covered by the RFFA program and are tilling one hectare or less.

President Rodrigo R. Duterte signed the Rice Tariffication Law on Feb. 14, 2019, which lifted the quantitative restrictions on the country’s rice imports. The law also created the RCEF which has a P10-billion annual budget sourced from the tariffs of rice imports that aims to help farmers increase their productivity and income amid the entry of imported rice. — R.M.D. Ochave