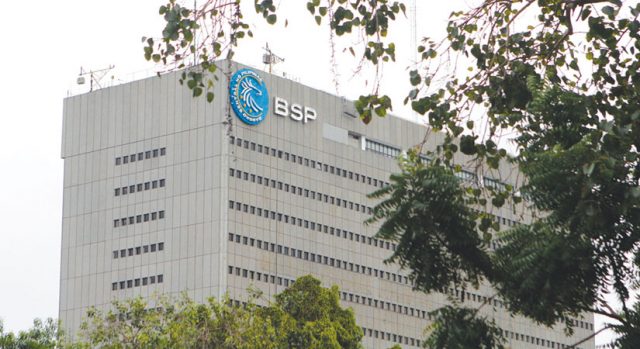 THE CENTRAL BANK fully awarded its offer of 28-day bills on Monday as rates slipped following the slower inflation print in March.

The Bangko Sentral ng Pilipinas (BSP) sold P80 billion as planned in short-term securities on Monday, with bids reaching P114.176 billion. The offering was oversubscribed by 1.43 times but tenders were lower compared with the P119.824 billion seen in the previous auction.

The central bank’s auctions of short-term securities are usually held on Fridays, but April 9 was a holiday for the Day of Valor.

Both the BSP bills and term deposits are used by the central bank to gather excess liquidity and to guide short-term market rates.

“The results of the BSP bill auction support the view that, amid ample liquidity in the system, market participation continues to normalize following the Lenten holidays,” BSP Deputy Governor Francisco G. Dakila, Jr. said in a statement.

“Looking ahead, the BSP’s monetary operations will remain guided by its assessment of the latest liquidity condition and market developments,” Mr. Dakila added.

Headline inflation in March slowed to 4.5% from 4.7% in February, the Philippine Statistics Authority reported on Tuesday last week. This was mainly due to the slower increase in food prices.

Despite this, March marked the third straight month that the headline print went beyond the central bank’s 2-4% target as supply issues caused a hike in prices of meat products.

The central bank expects headline inflation to average 4.2% this year before easing to 2.8% in 2022. BSP officials have said the inflation path is likely to ease below the midpoint of the 2-4% target towards the fourth quarter.

BSP Governor Benjamin E. Diokno has said the central bank will remain accommodative to support economic recovery but will continue to watch out for  potential second-round inflation effects, such as wage and transport fee hikes. — L.W.T. Noble

Batang Gilas remains winless after being routed by France