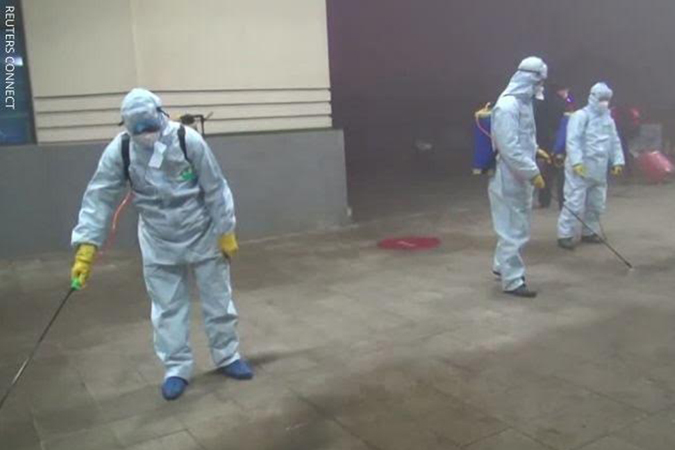 According to a study from the United Nations Conference on Trade and Development (UNCTAD) released Friday, the global downside impact on FDI will be between 5% to 15% relative to earlier forecasts.

“The impact on FDI will be concentrated in those countries that are most severely hit by the epidemic, although negative demand shocks and the economic impact of supply chain disruptions will affect investment prospects in other countries,” the report said.

The Covid-19 impact on investments is expected to be concentrated in countries that have needed to take significant measures to contain the virus. The outbreak, the report said, will slow capital expenditure by multinationals and their foreign affiliates.

“Production locations that are closed or that operate at lower capacity will temporarily halt new investment in physical assets and delay expansions.”

“However, there could be further redistribution of FDI flows to other ASEAN/Asian countries such as the Philippines, in a more positive context, as part of the process to further and better hedge the supply chains of some global/multinational companies.”

He said that the companies may redirect FDI to avoid disruptions to global supply chains in the future, as concentration in a few Asian countries leads to more vulnerability.

The report said greenfield investment projects will also be affected, but the immediate impact on existing investments will more likely be limited.

Covid-19 is expected to affect market-, efficiency-, and resource-seeking investments. The immediate market demand effect is in China, with the report citing a 70% drop in Toyota sales in China in February.

FDI projects in extractive industries could also see delays globally, alongside impacts on tourism and retail.

In terms of efficiency-seeking investment, the initial effects will show up in China and East and Southeast Asia production facilities . But the report said this could rapidly spread outside the continent through the global value chain.

Top MNEs have reported earnings downgrades caused by Covid-19, with the biggest impact seen in automobiles and auto parts (44% average earnings revision), as well as airlines (42%).

“The most significant negative revisions in the automotive industry come from parts producers based in the most affected areas in South East Asia.”

The UNCTAD report said that the negative impact on FDI will be driven by delayed investment after the initial global demand shock, with significant impact also seen on industries dependent on the global value chain.

“As such, the Covid-19 outbreak will potentially accelerate existing trends of decoupling… and reshoring driven by the desire on the part of MNEs to make supply chains more resilient.”

“Reforms should continue to help the Philippines to be ready. FDI will move where they think they will have (an) advantage. Covid-19 is an opportunity as companies realize their over-concentration in China,” he said.

“Government should continue to initiate and get our act together during these extraordinary times.” — Jenina P. Ibañez