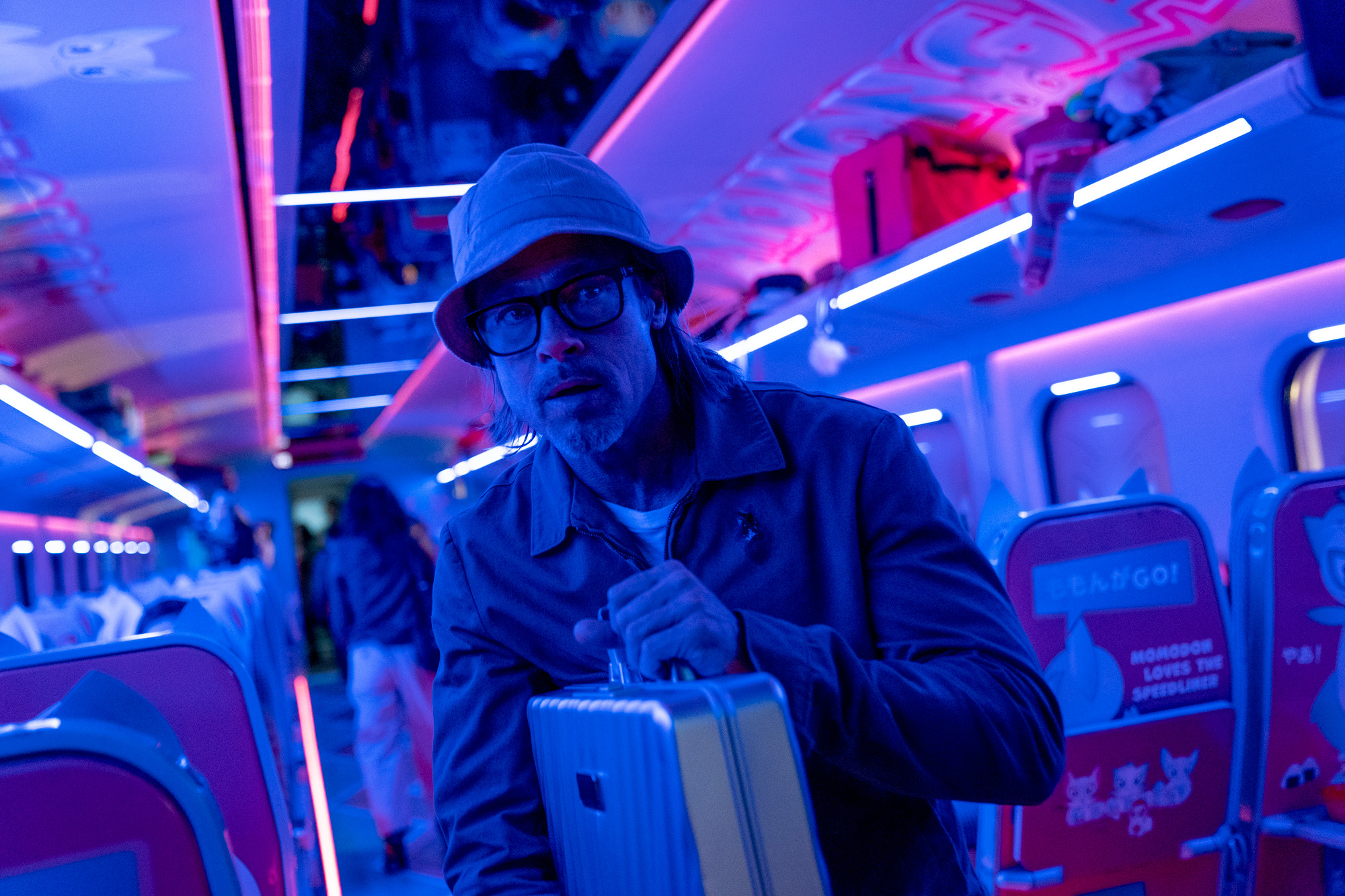 LOS ANGELES — Is everyone on vacation?

That would be one plausible explanation behind the great box office slowdown. Although three new movies opened across the United States of America, none were able to crack the top five on domestic charts and only two — A24’s satirical slasher Bodies Bodies Bodies and Lionsgate’s vertigo-inducing thriller Fall — managed to infiltrate the top 10.

It’s even more dire that Sony’s action-thriller Bullet Train, which claimed the top spot for the second weekend in a row with $13.1 million from 4,357 North American locations, was the sole film to bank at least $10 million in ticket sales. After two weeks on the big screen, the Brad Pitt-led Bullet Train has generated $54.4 million at the domestic box office. This weekend marks the first time since Feb. 11-13 — when Death on the Nile opened to a weak $12.3 million and Jennifer Lopez’s romantic comedy Marry Me stumbled with even less — that only one movie reached at least $10 million between Friday and Sunday.

And the glacial drip, drip, drip of ticket sales is only going to worsen as the box office heads for a near desolate stretch with hardly any new offerings from major studios on the horizon. While movie theater owners brace for the downtrend, they are bowing at the altar of Harry Styles in hopes the pop heartthrob will inspire audiences to return to theaters in droves for director Olivia Wilde’s mind-bender Don’t Worry Darling, which doesn’t open until Sept. 23. Until then, exhibitors will have to make do with smaller thrillers and dramas like Idris Elba’s Beast, which is coming on Aug. 19; Three Thousand Years of Longing, a fantasy romance with Tilda Swinton and Mr. Elba (again) on Aug. 26; and the Viola Davis-led historical epic The Woman King on Sept. 16.

In eighth place, Bodies Bodies Bodies beat expectations with $3.2 million from 1,290 locations. After kicking off last weekend in limited release, the movie has grossed $3.5 million to date and plans to expand to 2,000+ theaters next weekend. But otherwise, audiences wanted little to do with Fall and Diane Keaton’s body-swap comedy Mack & Rita, the other movie that debuted over the weekend.

Fall just barely landed in 10th place with $2.5 million from 1,548 venues. The movie, centering on two best friends who climb 2,000 feet to the top of an abandoned radio tower and find themselves stranded with no way down, was relatively low risk for Lionsgate as it cost only $3 million to produce and less than $4 million to promote. It won’t take much coinage to turn a profit, and home entertainment will be helpful with that mission.

As expected, Mack & Rita brought out mostly older women, with 74% of ticket buyers identifying as female and 69% over the age of 30. They were not kind to the movie, which landed a D+ CinemaScore. Reviews were equally harsh, resulting in a bleak 26% score on Rotten Tomatoes.

With the dismal turnout for most other movies, Paramount’s ever-powerful blockbuster Top Gun: Maverick swooped to second place in its 12th weekend of release. The action sequel added $7.1 million from 3,181 venues over the weekend, bringing its domestic tally to $673.8 million. That means Maverick is roughly $5 million away from dethroning Marvel’s Avengers: Infinity War as the 6th-highest grossing movie in domestic box office history. — Reuters

Edukasyon to expand presence in provinces