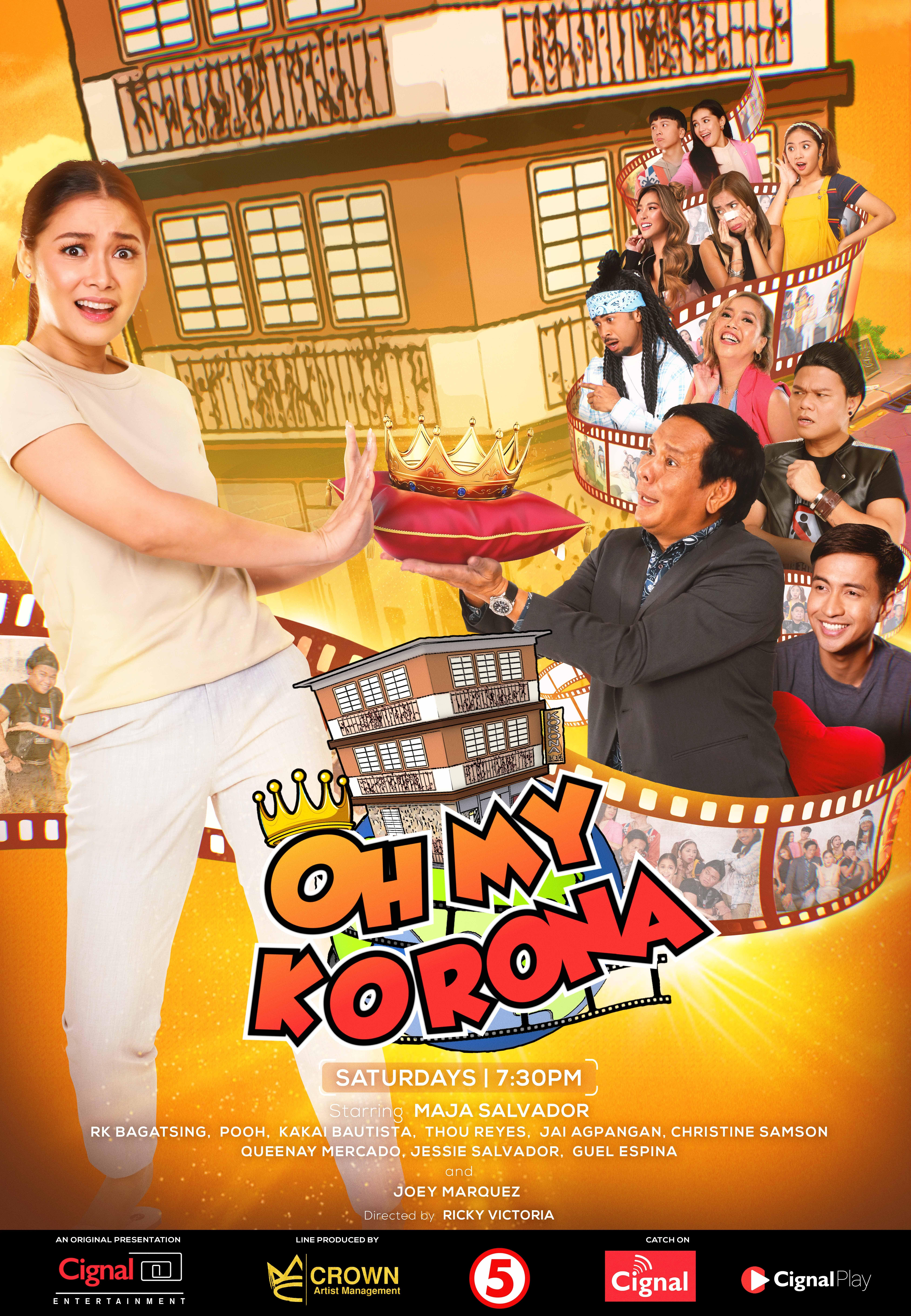 CIGNAL Entertainment and Crown Artist Management’s new sitcom, Oh My Korona, that follows the lives of show business aspirants who live under one roof, will start airing on TV5 beginning Aug. 6.

Oh My Korona highlights some true showbiz experiences based on current news headlines, celebrity issues and scandals, and other viral topics.

During an online press conference on Aug. 3, director Ricky Victoria said that the concept for the story was realized during the COVID-19 pandemic lockdown during a conversation with actors who eventually went on to star in the show.

“We were able to create a story on the lives of actors behind the scenes separate from what audiences see in the movies or on television,” Mr. Victoria said in English and Filipino.

“Hindi ganoon kadali mag-showbiz. So, sa bawat character, kahit sa sitcom, bibigyan pa rin namin ng konting kurot. Tungkol ito sa pag-asa sa mga pangarap (It’s not that easy to do showbiz. So, with each character, even in a sitcom, we will still give a little tug. It’s about hoping for dreams,)” actress Maja Salvador said, on working on a sitcom. “This show is about hopes and dreams.”

Leading the cast is Ms. Salvador who plays Lavinia, an out-of-work hotel manager who inherited a boarding house from her late beauty queen-actress mother and is now landlady to a group of show business aspirants.

Lavinia then meets the Sunrise talent agency owner Louie (played by Joey Marquez). Seeing Lavinia’s potential as an actress, Louie wants to make Lavinia one of his talents as are the other tenants. However, she dislikes show business due to issues with her parents.

The sitcom is the first of the series of commitments of Ms. Salvador  with TV5 and Cignal Entertainment, as announced earlier this year.

“This sitcom is about those who are hopeful to become artists in show business,” said comedian Pooh (real name: Reynold Garcia) about what sets it apart from other shows featuring people in show business.

“It is relatable to the masses because each of the characters in the sitcom also lives the life of an ordinary person,” Mr. Garcia added about the show’s relatability. “The audience will see themselves in the characters [in the show.]”

Oh My Korona premieres on Aug. 6 and will air on Saturdays at 7:30 p.m. — Michelle Anne P. Soliman