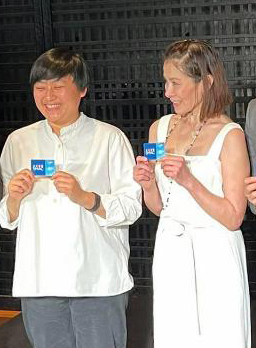 SMAC points are currently earned and rewarded at the following stores: The SM Store, SM Supermarket, Hypermarket, and Savemore, and other retail brands like Waltermart, Alfamart, The Body Shop, Uniqlo, Levi’s, SM Appliance, Our Home, Crate and Barrel, Surplus Shop, Toy Kingdom, among others.

One can convert Mabuhay Miles to SMAC points by calling Mabuhay Miles hotline numbers (available at their website www.mabuhaymiles.com). As for SMAC members, they can convert their SM points to miles via the SMAC website (smac.ph). To be able to convert SMAC Points to Mabuhay Miles, one needs to be registered via smac.ph or the SMAC app.

During the launch, the COO of Digital Advantage Corp. (which handles the SMAC program), Kevin Hartigan-Go pointed out that the SMAC program, while recently renamed from SM Advantage to the much shorter acronym, has been in operation for about 20 years. On the other hand, he said that the Mabuhay Miles program is one of the oldest in the country, racking in points for almost 40 years. “PAL shares exactly the same values as we do: service excellence, and a focus on recognizing and rewarding its most valuable customers.”

Meanwhile, PAL President and Chief Operating Officer Stanley Ng said in a speech, “We thank SM Advantage and the SM Group for collaborating with us and combining our strengths to bring greater value to the travelers and the people of the Philippines we serve.” — JLG

Dealing with a corrupt labor inspector