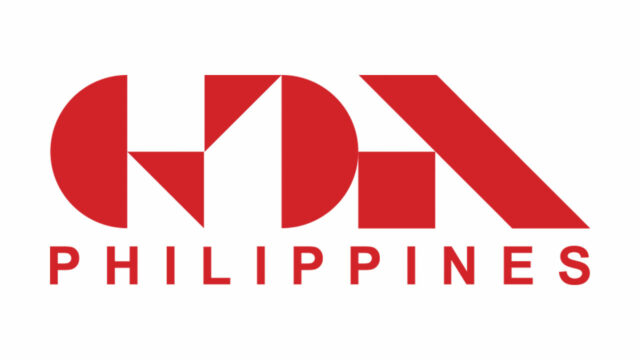 A WOUND dressing made from nata de coco (coco cellulose) bagged several major awards at the second Good Design Awards on June 14, held at the Ayala Museum in Makati City.

The Good Design Award Philippines is a national design excellence recognition program initiated by the Design Center of the Philippines — an attached agency of the Department of Trade and Industry (DTI), and mandated to promote design as a tool for Philippine product quality, competitiveness, and branding.

Launched in 2019, the Good Design Award Philippines as described in a briefer as seeking “to discover local artists, designers, and businesses with outstanding designs that embody the universal design values of form, function, innovation, plus the Philippine value of malasakit (compassion).”

The program is held bi-annually in partnership with the United Nations Development Program in the Philippines (UNDP Philippines), the ASEAN Japan Center, and the Japan Institute of Design Promotion.

The competition highlights malasakit as “the heart of good design” and “its ability to improve lives and to address social, economic, and environmental sustainability.”

This year, the Good Design Jury was tasked to evaluate 161 entries. Out of 150 entries, 45 were shortlisted among the following categories: object-making (two); image-making (16); place-making (16); and systems/services design (11).

The entries were evaluated according to form, functionality, innovativeness, and malasakit  which were all given equal weight.

Out of the shortlisted entries, 11 finalists received awards.

THE WINNING DESIGNS
The awards are classified into Red, Gold, Green, and Malasakit Award Grand Prix. The Red Award “entails that an idea showcased good design with innovation and function in mind”; the Gold Award: Best in Show, “exemplifies the best application in each design category”; the Green Award (Special Award), is “a special award for outstanding entries that address the United Nation’s Sustainability and Development Goals (UN SDGs) related to the environment and sustainability”; and the Malasakit Award Gran Prix, is “the highest form of recognition for the best entry exemplifying design excellence and having the most impact in addressing the UN SDGs.”

The Gold Award winners in Object-making are the Nata De Coco Wound Dressing by Patchmed Cosmetic Trading; and Tumindig by Komiket, Inc. In Place-Making, the winner is MLR Polo Pavilion by Sangay Architects; while sakay.ph by Sakay Mobility Philippines, Corp. won for Service/Systems Design.

The Green Award and Malasakit Gran Prix Award were both given to the Nata De Coco Wound Dressing by Patchmed Cosmetic Trading.

COCONUT DRESSING
“I had the idea (for the product) when I was still working at the Philippine General Hospital (PGH). Every time I see a patient in PGH, nakaka-awa (it’s pitiful). They don’t have money for the treatment,” Malasakit Award Gran Prix winner Denver O. Chicano said in his acceptance speech.

“Care is very important. Everything that we do is service…Care is creativity, attentiveness, resourcefulness, and enthusiasm,” he said of his profession as a nurse.

After resigning from the PGH, Mr. Chicano and his wife (who is a cosmetic surgeon) set up a wound clinic that catered to patients who cannot afford treatment in hospitals.

The CocoPatch’s active ingredient, monolaurin is also derived from coconuts. According to the CocoPatch Facebook page, monolaurin is “a monoester formed from lauric acid and derived from virgin coconut oil, has profound antibacterial, antiviral, and anti-fungal properties.” Mr. Chicano said that it has a shelf life of two years, and can last three days on a wound before needing to be changed.

“There was a German company [Lohmann & Rauscher] who went here to buy the technology from me pero hindi ko siya binenta (but I did not sell it),” Mr. Chicano said. “Kailangan makilala ang Filipino with the product (The Filipino needs to be recognized with the product).”

PatchMed also provides products for cosmetic and industrial application of coconut cellulose. They have partners abroad and export to other countries.

“I invented it to provide availability of wound dressing specializing our coconuts,” Mr. Chicano told BusinessWorld before the awarding ceremony.

“Information dissemination that the product exists would really help. Right now, we are supported by the Department of Science and Technology (DoST) in continuing to improve the product,” he said.

WHAT’S NEXT FOR THE AWARDEES
Executive Director of the Design Center of the Philippines Rhea Matute says that this year, the Good Design Award winners will participate at the ASEAN Japan Center’s Good Design Selection.

“ASEAN Japan Center will help find buying agents, and trade networks to make it a sustainable business opportunity for the winners of the Good Design Awards,” Ms. Matute told BusinessWorld, shortly after the ceremony.

“Since 2017, we’ve been trying to get a way to connect Good Design Philippines with [Japan’s seal of excellence for quality design] G-Mark,” Ms. Matute said. “Today, when they formalized that there will be a network established between Good Design Philippines, and bring all these new awardees, we need to prepare them so that it will be communicated with the Japanese jurors.”

Earning the G-Mark Seal of distinction, Ms. Matute said, “… commands a premium and earns a trust of Japanese consumers.”

The judging period will be in August, while the awarding is slated around the yearend. — Michelle Anne P. Soliman