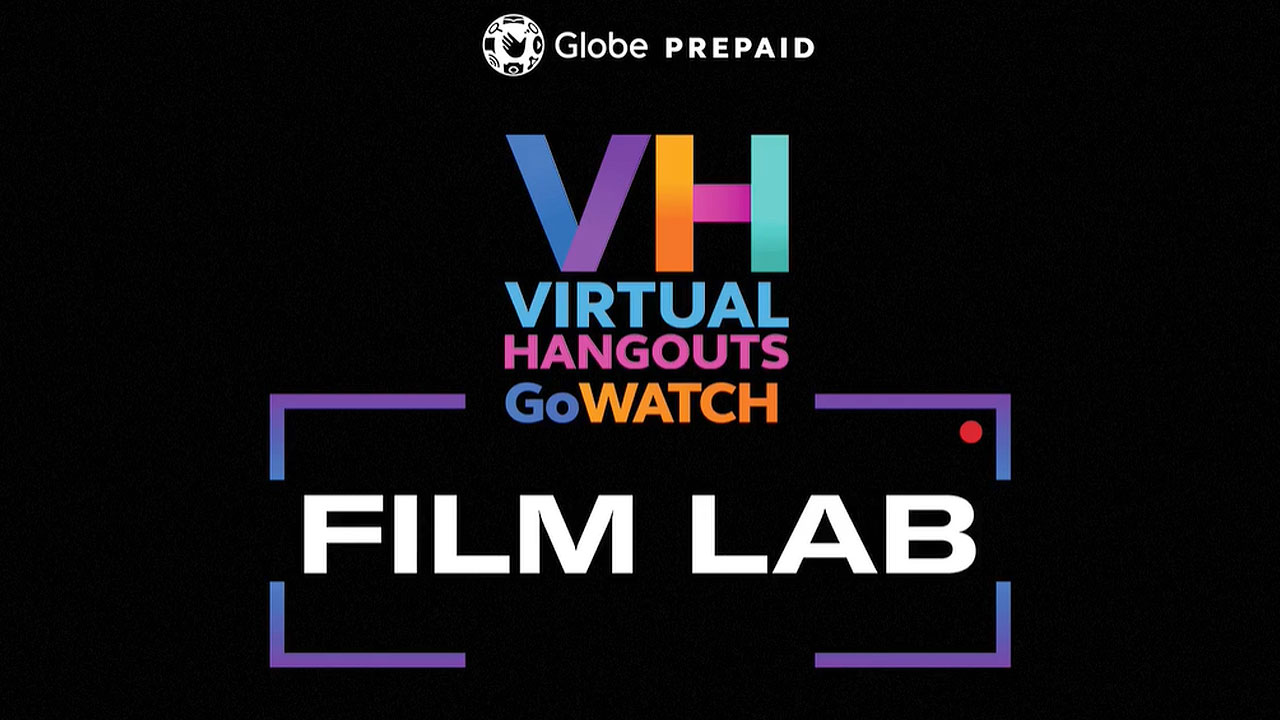 AFTER giving mentorship opportunities for fashion, e-sports, and music, interactive platform Globe Prepaid Virtual Hangouts is now focusing on aspiring filmmakers with the launch of the GoWATCH Film Lab.

GoWATCH Film Lab is Globe Prepaid’s fifth learning program under its Virtual Hangouts platform. In the past, it conducted the GoESPORTS Game On! Training Camp for ESports streamers and casters; GoHUSTLE Boss Up Bootcamp for entrepreneurs; GoKOREAN K-Fashion Institute for Korean fashion lovers; and the recently concluded musical talent search called GoJAM On Stage.

“It’s time for our cinephiles and emerging filmmakers to take the spotlight. We want to give them the world-class mentorship that they deserve,” Head of Globe Prepaid Givielle Florida said in a statement.

“We believe that the Gen Zers have a strong and unique voice,” ANIMA Executive Director Quark Henares said in a statement. “(During our 2019 Short Film Lab) we paired our participants with seasoned filmmakers for a hands-on mentorship to guide them, from their short film’s concept and script development, to finding their audiences here and abroad. For the GoWATCH Film Lab, we are extending the same opportunity to our participants.”

THE TEACHERS
The film lab consists of four workshop sessions on specific filmmaking techniques to be facilitated by filmmakers Jade Castro, JP Habac, Antoinette Jadaone, and Erik Matti. The aspiring filmmakers will learn about mise-en-scène and the elements of film, protecting directorial vision in micro-budget shoots, and directing while in post-production.

On the Job director Erik Matti will be teaching techniques of mise-en-scène or “setting the scene,” a concept referring to the arrangement and elements present in a frame or shot.

“Mise-en-scène is rarely used nowadays,” Mr. Matti said at the online launch on May 20.

“It shows the skill of the director on which element to bring up… in one shot,” he said. The elements in a shot include lighting, staging, camera angle, and dialogue, sound, and music.

“In the class, I’ll be teaching 25 elements that you can go into strict detail. The rule there is the more you use the mise-en-scène, the better you are as a filmmaker,” Mr. Matti added.

Fan Girl director Antoinette Jadaone will be teaching how directors can keep their directorial vision despite restraints and budget limits.

“As a filmmaker, your vision needs to be intact even if there are lessened shooting days and instances of weather, you need to think of a way to protect your vision,” Ms. Jadaone said in English and Filipino, adding that directors should be able to come up with a good compromise.

He pointed out that during the post-production for LSS, many scenes at the end were rearranged to come up with the proper flow, and that the music by Ben&Ben was re-recorded to fit the edits.

The Globe Prepaid Virtual Hangouts GoWATCH Film Lab is open to individuals between 16 to 27 years old “who have a story to tell and who are interested in finding and developing their voices and talents in filmmaking.” To register, visit www.globevirtualhangouts.ph. Registration is ongoing until June 1. The actual film lab will be held on June 4 to 5 and June 11 to 12.

After the workshops, participants have a chance to pitch their own story. From the pitches, eight finalists will be given a chance to win a script development mentorship and a P200,000 seed grant. The program will end with a physical culminating activity featuring the works of the chosen filmmakers.

As per the qualities of a good filmmaker, the directors cite honesty and originality in the work. — Michelle Anne P. Soliman