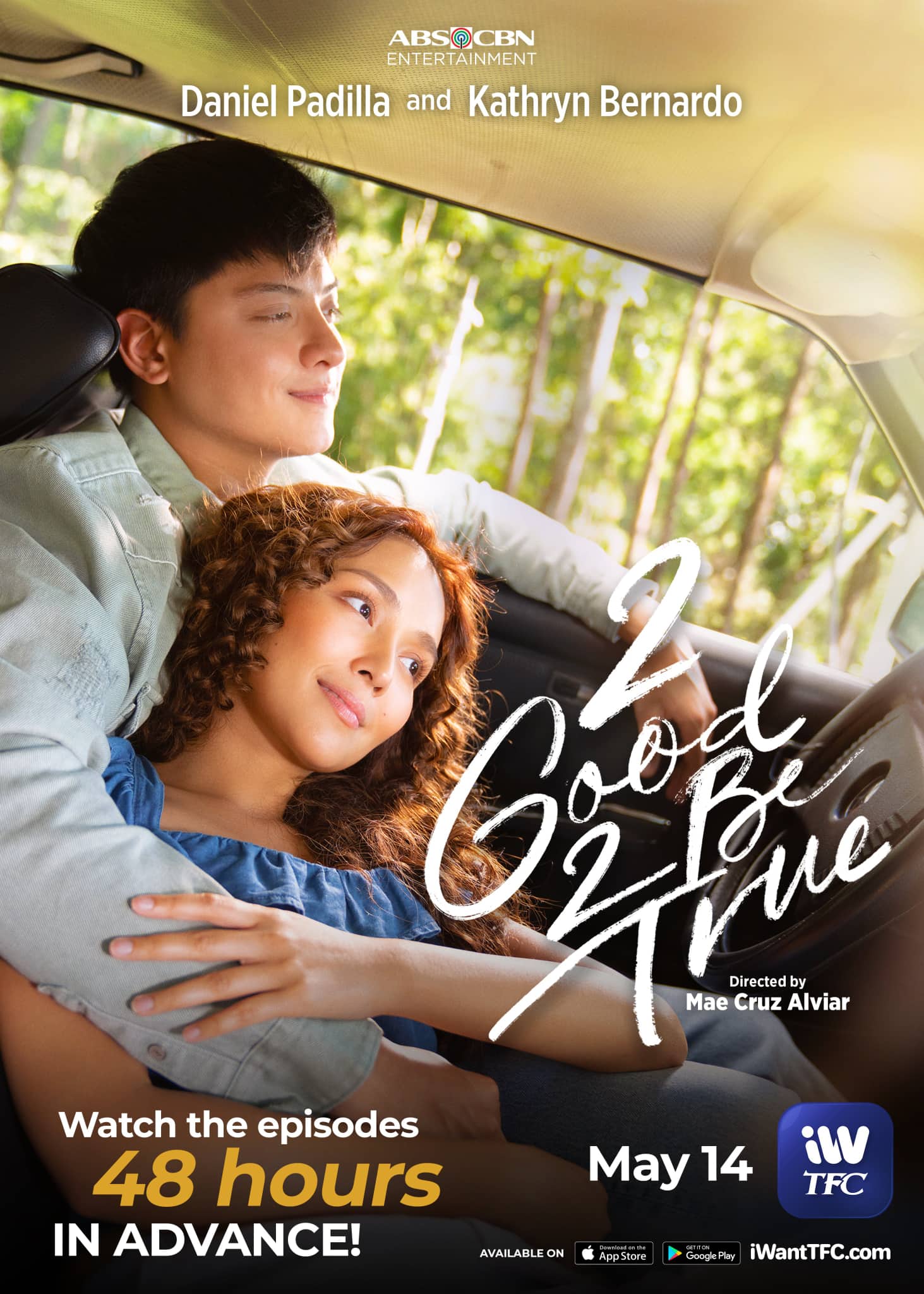 CINEMA love team and real-life couple Kathryn Bernardo and Daniel Padilla celebrate their 10th anniversary as a love team with a new series, 2 Good 2 Be True, which will be shown on Netflix and on the Kapamilya channels.

Ms. Bernardo and Mr. Padilla first appeared in a Sunday youth-oriented show called Growing Up (2011) and subsequently starred in the romantic drama Princess and I (2012). In the following years, they starred as on-screen partners in various television dramas such as Got to Believe (2013), Pangako Sa ‘Yo (the 2015 remake), La Luna Sangre (2017), as well as blockbusters like Pagpag (2013), She’s Dating the Gangster (2014), and The Hows of Us (2018).

In their new series, 2 Good 2 Be True (which is the love team’ first project together since 2017), Mr. Padilla and Ms. Bernardo take on the roles of Eloy and Ali, two people who are scarred by tragedy and love. Eloy is a young mechanic and a law student who vows to free his jailed father as he slowly moves after his mother’s death. Meanwhile, Ali works as a nurse with dreams to someday become a doctor.

Mr. Padilla said that his character is focused on fighting for justice for his father, played by Romnick Sarmenta.

The two first meet during a hotel robbery, then they meet again after Ali becomes the private nurse of the wealthy Hugo Agcaoili (Ronaldo Valdez) who has Alzheimer’s. At the same time, Eloy starts work as the wealthy businessman’s mechanic.

Having previously worked with the love team, Ms. Alviar said the actors “have given their performances depth. When we say maturity, we do not always equate it to skin, or physicality. It’s depth and wisdom. You can see that in how they attack the scenes. Even behind the scenes, you can tell the experience and depth and the wisdom of these two.”

According to the couple, the secret to their longevity as an onscreen love team is respect and teamwork.

“Teamwork is very important, and that you do not see yourselves as competition,” Ms. Bernardo said.

Ms. Bernardo thanked the fans for their continued support and patience after the love team’s long absence from the screen. “I want to thank the fans for standing by our side,” she said. “Dahil kahit maraming nangyari, they waited para mabigyan sila ng ganitong proyekto (Even though a lot has happened, they waited to be given this project),” she added.

“I want to thank our bosses in ABS-CBN and to our supporters for their loyalty,” Mr. Padilla said in English and Filipino.

The series will stream on Netflix Philippines following a partnership deal between ABS-CBN and Netflix.

“We are grateful for the opportunity to open doors, not just for us, but also for the company and content creators from the Philippines,” Ms. Alviar said.

Netflix Philippines’ subscribers will be able to watch the series starting May 13 (72 hours ahead of 2 Good 2 Be True’s television broadcast). Meanwhile, iWantTFC users can watch the show on the iWantTFC app and iwanttfc.com 48 hours before each episode’s television premiere. The series will air on the Kapamilya Channel, Kapamilya Online Live, A2Z, and TV5 beginning May 16. — Michelle Anne P. Soliman