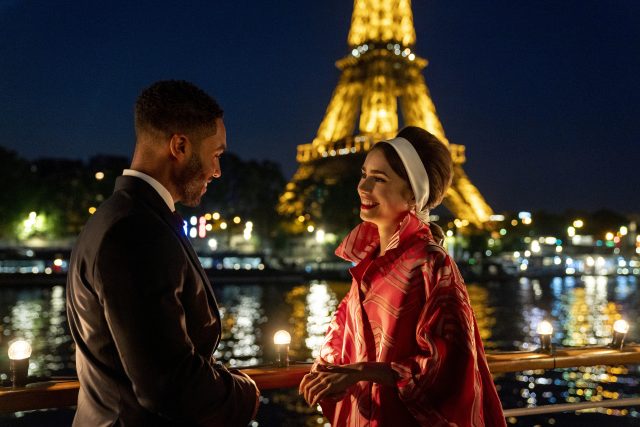 IT’S been a challenging time for everyone. Escapism is therefore completely acceptable — and can be achieved through a comedy drama set in Paris, which returned for a second season.

In the first season, Chicago-based marketing executive Emily Cooper (played by Lily Collins) moves to Paris, in lieu of her pregnant boss Madeleine Wheeler (played by Kate Walsh), to provide an American perspective at a marketing firm, Savoir. Due to her abrupt assignment, Emily arrives in the city unready, struggling to succeed at the workplace and adjust to the culture in the city.

While achieving viral status, Season 1 drew a lot of negative criticism from the audience, so I went into the second season both hoping that it had made some improvements but keeping my expectations for any drastic turnaround in the story low.

In the 10-episode second season, Emily has pretty much been accepted by, and is getting along with, her French colleagues. It is established that she has been in Paris for almost a year, and, unlike in Season 1, she is no longer continuously praised for always “winning” in every situation.

Much of the plot in the second season surrounds the characters’ relationships, particularly Emily’s entanglement with her neighbor Gabriel (Lucas Bravo), and his girlfriend Camille (Camille Razat). Emily’s life gets more complicated with the introduction of Alfie (Lucien Laviscount), an English banker she meets in French class. At first, Alfie seems to be a very uptight and serious character, and the audience wonders if he is a good or bad guy, but he gets a quick character arc as Emily’s understanding lover.

The story then establishes two love triangles — the first between Emily, the chef Gabriel and his girlfriend Camille; and the other between Emily, Gabriel, and Alfie.

The creators of the show have finally given Emily a major character flaw through her romantic relationships and attitude as a friend. She betrays Camille with her involvement with Gabriel; and she struggles to decide whether she is more in love with Gabriel or Alfie.

The whole season ends with a cliffhanger: will she end her stint in Paris to move back to Chicago and work at the promotion she has always aimed for, or stay in Paris to join her French colleagues as they establish a new company.

Without expecting drastic changes, the viewer can appreciate some improvements including the French speaking actors conversing in their mother tongue more often; the continuation of Emily’s French classes and how she tries to improve; and Gabriel’s career progression as a restaurant owner.

I wished that the creators could have explored French art and culture more through its characters since Emily’s friend and roommate Mindy (Ashley Park) is a singer and busker, Camille is an art curator, and Gabriel is a chef. Emily’s job as a marketing professional and social media manager would have also played more relevant approach to it. A more realistic look into the lifestyle of an expat working in a different country would have been interesting too.

I binged-watched the second season to unwind after a long week, and before the busy Christmas weekend. Since I survived the cringe-y the first season last year, I found this season more bearable and enjoyable. Emily in Paris is a guilty pleasure. Despite not getting invested in the characters, I enjoyed the colorful sights and landscapes, the fashion and costumes, and French music. The story lacks depth, but once in a while, that’s all right.

Philippine infection rate rose by 13% in past week

Marcos asks cops to temper use of force while on duty