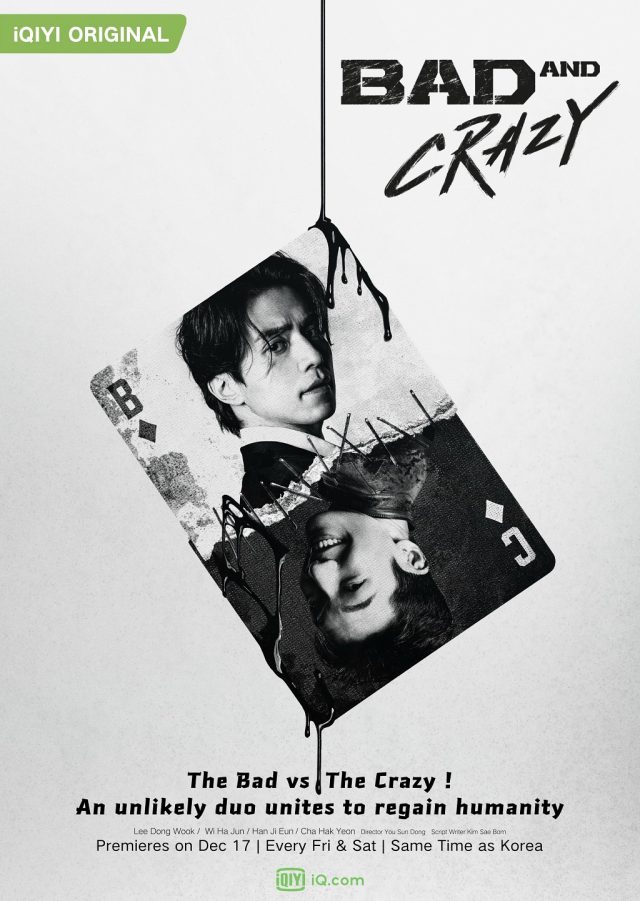 The actors in the new original Korean crime drama Bad and Crazy found themselves doing things differently in the show, which premieres today on Chinese streaming platform iQiyi.

During the online press conference with Southeast Asian press on Dec. 13, the actors talked about their characters and the ways they brought them to life.

Lee Dong Wook said that he discussed character details with the director.  “He allowed me to act however I thought to act,” Mr. Lee said, as translated from Korean.

Meanwhile, Wi Ha Jun had to take on the challenges of action scenes.

“K has a lot of action scenes to pull off. So, I trained a lot before shooting. And K as a character is quite different from all the characters that I’ve played before. And there are a lot of comical aspects of this character. So I wanted to really bring that aspect of him to life,” Mr. Wi said.

For Han Ji Eun, the role is far more serious compared to her previous roles.

From not getting along initially, to becoming a team to fight against police corruption, a bromance develops between Mr. Lee’s and Mr. Wi’s characters.

“They are stark opposites of each other, but then gradually they work together and become very good team players,” Mr. Wi said of their characters.

“Bad and Crazy’s plot unfolds as the spectacular action scenes. The comic factor is not stereotypical. And it has so many different layers you will enjoy it in very different way,” Mr. Wi said.

Bad and Crazy premieres on Dec. 17, with new episodes simulcast with Korea on Fridays and Saturdays at 9:50 p.m. (SGT), globally across 191 territories on the iQiyi International app and www.iq.com. — Michelle Anne P. Soliman