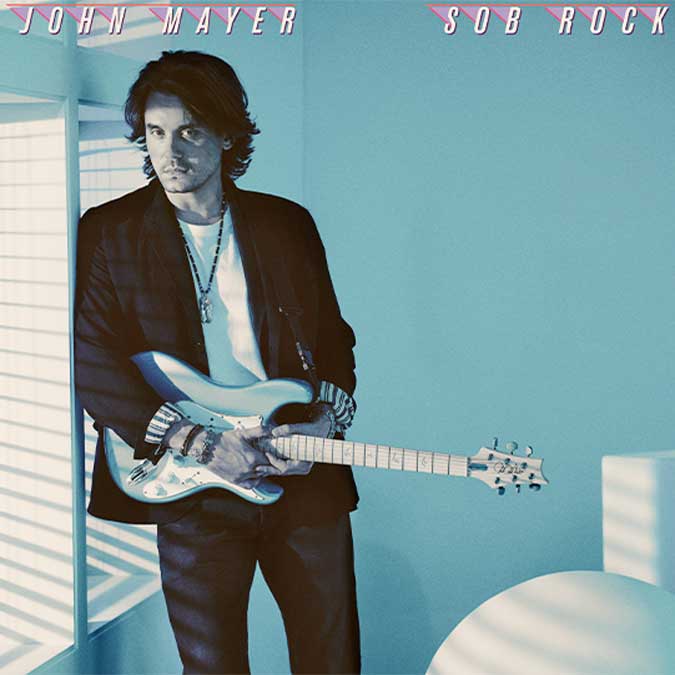 RETRO electric guitar riffs, lyrics about love and pain, unique smooth vocals, and the feel of weight slowly lifting as the sound fills the space — everything was a familiar music listening experience. What made it distinct was John Mayer.

After a four-year break after his last album The Search for Everything in 2017, the seven-time Grammy-winning singer-songwriter returns with his eighth studio album, Sob Rock.

It was gloomy and rainy in Manila on the day of the album’s release on July 16. As someone who last listened to a full John Mayer album in 2006 (it was Continuum), I was curious about the new material by the American singer whom I recall best for his distinct breathy vocals the first time I heard his “Your Body is a Wonderland” (2001).

It had just begun to rain again when I put on the album that opens with “Last Train Home.” Its drumbeats, and succession with synthesizer and electric guitars reminded this listener of the 1980s sound the rock band Toto. (While I was born in the 1990s, I was exposed to music from the 1960s to 1980s while growing up, thanks to dad’s CD collection, radio, and music videos on music channels.)

The second track, “Shouldn’t Matter But It Does” reminds one that Mr. Mayer is particularly good with sad love songs. The song expresses regrets and “what ifs”: “Should’ve been open, should’ve done more, should’ve learn a lesson from the year before… We lost something, I still wonder what it was. It shouldn’t matter but it does.”

The melancholy melody and repetitive chorus of the third track, “Why You No Love Me,” made me wish it was a stress-free Sunday afternoon as the weather turned gloomier. The song felt more like a lullaby at that moment.

The music shifted to a slightly upbeat mode with “New Light,” the only track I was familiar with since it was first released as a single in 2018.

The guitar rhythm of “Wild Blue” is reminiscent of Dire Strait’s “Sultans of the Swing” (1978). It is followed by the album’s latest single, “Shot in the Dark,” where Mr. Mayer sings about longing to return to a former flame —  “We had a run of bad romances. They always missed the mark. So, close your eyes and take your chances, it’s just another shot at the dark.” While the track seems to take inspiration from Toto’s musical style, its opening rhythm reminded me of Bruce Springsteen’s “My Hometown” (1984).

The album’s retro rock vibe is consistent throughout its almost 40-minute running time, with Mr. Mayer’s guitar virtuosity evident in all the songs, and his smooth vocals unwavering in quality.

Keeping with the theme is the sky-blue album cover with Mr. Mayer —  hair long, dressed in a white T-shirt and black blazer, carrying a guitar —  leaning next to a window which lets in streaks of light. The photograph is a contrast to the dark music videos of rock ballads which are shot in dimly lit studios or abandoned warehouses.

It’s comforting that the album’s release coincided with the recent gloomy weather and served as an uplifting companion throughout the daily grind. Turning up the volume to fill the room was not deafening.

Sob Rock is a nostalgic, feel-good soundtrack for a laid-back weekend afternoon, a long road trip, or restful time alone in the evening.

In an interview with Zane Low for Apple Music, Mr. Mayer said, “I never want to be that artist who runs out of paint colors and begins to make the same songs over and over again.”

With this album, I think Mr. Mayer fulfilled that goal.