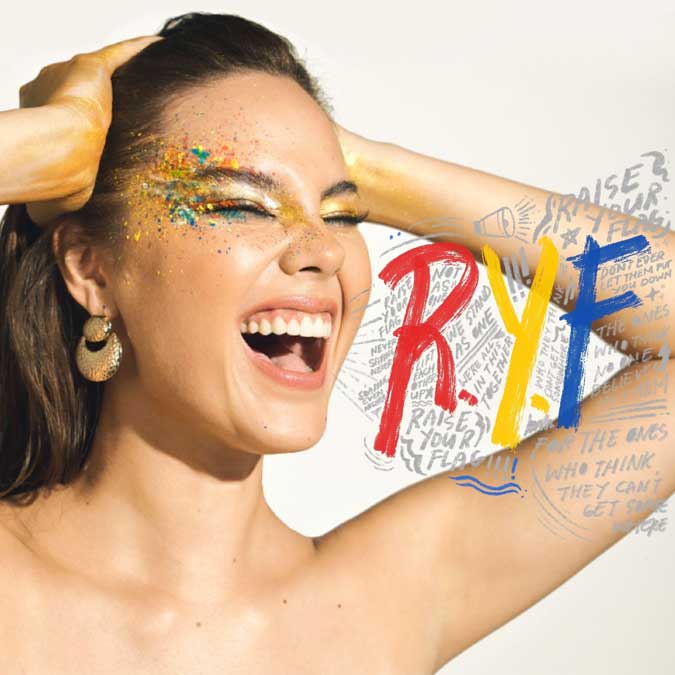 AS A CHILD, beauty queen Catriona Gray loved music and would often burst into song.

“I would just sing a lot around the house. I would always love listening to music. And all throughout my academic life, I would always be in choir,” Ms. Gray recalled. “I took part in musicals and recitals. I was lead [singer] of my jazz band in high school.”

Prior to modeling and joining beauty pageants, Ms. Gray studied at the Berklee College of Music and she holds a master’s certificate in music theory.

As she continues her role of service in various organizations, Ms. Gray, who won Miss Universe in 2018, has expanded her platform and is exploring her artistry with the release of her new single “R.Y.F,” through Star Music.

Written by Trisha Denise and ABS-CBN Music creative director Jonathan Manalo in 2019, “Raise Your Flag” was originally recorded by KZ Tandingan with a rap verse written and performed by Kritiko.

“I’m all for standing up for something. But we also have to emphasize that we need to listen. we also need to have the conversation because that’s how we can move forward together,” Ms. Gray said of the song’s message.

Outside the world of pageantry, Ms. Gray said that she hopes to share more about her story as a person through her music.

“I have loved owning that identity (as a beauty queen) and I still do in many facets of the position that I am in. But I would really like to invite people in, as an artist, to know my story as a person, not as a beauty queen,” Ms. Gray said at an online press launch on June 1 held via Zoom.

“I really resonate with being a storyteller through music. And so, I would think  that would be a theme in the music that I am to put out,” she added.

“R.Y.F” is Ms. Gray’s second single following 2018’s “We’re in This Together” which was released in line with her advocacy for children’s education through the Young Focus organization.

“I am very grateful to have the opportunity to have this platform mainly because I brought pride to our country through Miss Universe. But I feel ever more the pressure to mark my space in the music industry,” Ms. Gray said. “It just felt very fitting to start with this song.”

Alongside her music, Ms. Gray continues her work as an ambassador for the National Commission for Culture and the Arts, the Philippine Red Cross, and Young Focus Organization.

“I will continue to be in a role of service for the rest of the year, and music is definitely in [the works] this year,” she said.

“R.Y.F,” is available on digital music platforms, and the lyric video can be seen on YouTube at