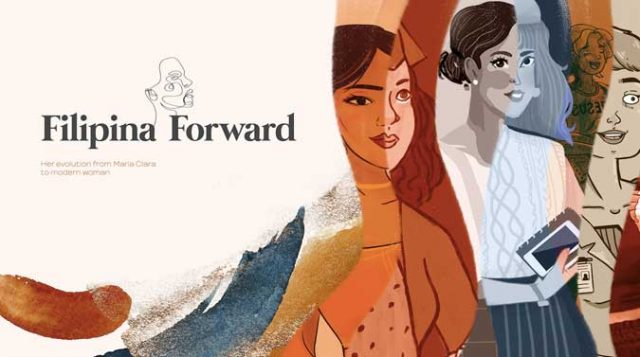 GONE ARE THE DAYS WHEN A WOMAN WAS LIMITED BY SOCIAL NORMS TO BEing responsible for the household, making it difficult to earn a position of leadership in the workplace, and being expected to eventually settle down and put her career on hold or stop entirely. Today, she takes charge of achieving her goals and priorities.

A study by marketing communications agency Wunderman Thompson Philippines titled, “The 2021 Filipina Forward” report found that being financially independent and starting a business are the modern Filipina’s main priorities today.

The report consists of quantitative and qualitative data from an online survey among 500 females, aged 15 to 69 years old, from rural and urban areas across the country. Insights were also gathered from a series of focus group discussions with women from different income status levels.

“This study is an intimate look at how Filipinas are faring in their personal and professional lives and their changing priorities in an evolving world. The pandemic weighs heavily on their feedback this year, but we are proud to see the strides that Filipino women are making based on the roles they play at home and at work, and how they see their personal self,” says Wunderman Thompson Philippines CEO Golda Roldan in a statement.

In 2017, Wunderman Thompson — then J. Walter Thompson (JWT) — initiated the same study which was titled “Filipina Next,” a qualitative study among women of different socioeconomic classes and backgrounds. The study followed J. Walter Thompson’s global research called “Women Next” on women’s consumer behavior.

“Locally, we wanted to have a deeper understanding of women as more than just another market segment confined to traditional roles and responsibilities and see them as important figures in Philippine society with their own achievements and aspirations,” Pamela Pacete Garcia, Executive Strategic Planning Director of Wunderman Thompson Philippines, told BusinessWorld in an e-mail.

The study showed that 33% of Filipinas aim to be financially independent while 24% are keen on starting a business.

Forty-two percent pointed to financial independence as the top indicator of success, followed by physical health and fitness at 37% — the results of the 2017 survey ranked “reaching a higher level of spiritual awareness” as women’s top priority at 47%.

According to the 2021 report, the priority given to finance and health reflects the pandemic’s impact —  fear of the virus, increased digitization in work and school, and mass unemployment.

The study’s results are consistent with Frost & Sullivan’s “Global Mega Trends to 2030” research, published in 2020, which indicated that the global labor force will consist of 100 million more women and the majority will be from the Asia Pacific region. The same study reported that global female income will reach over $24 trillion.

The increased involvement in the workforce meant a shift in focus of Filipinas towards building their career. Twenty-seven percent of respondents in the “2021 Filipina Forward” report said that they are willing to delay marriage or having children, compared to 23% in 2017. Likewise, 32% are now defining success based on whether their job or career is aligned with their passion.

REPRESENTING THE EMPOWERED FILIPINA
In accordance with Wunderman Thompson’s mission “to inspire growth for ambitious brands,” the findings in the report are aimed at inspiring brands to cater to the Filipina’s evolving needs and advising their clients to broaden the roles Filpinas are represented with.

“We want to push and challenge advertising norms about how the Filipina is portrayed. At the same time, it also means knowing when to advise our clients if ideas at the table will no longer resonate nor represent the Filipina of today,” Ms. Garcia said.

Ms. Garcia gives a projection that in the future Filipinas will continue to look to brands and mentors to help them achieve their priorities of being and staying financially independent, starting a business, making money and growing it, and keeping themselves healthy and fit.

“The pandemic’s disruption forced Filipinas to re-evaluate their life path. While the traditional milestones such as marriage and having children will continue to be aspired for, we think more Filipinas will start to view these milestones with a more practical lens [which means] balancing the emotional (i.e. “romantic” side) and the financial and health aspects that come with these major life decisions,” Ms. Garcia said.

Balisacan to return to NEDA under Marcos

How the Catholic Church will mark Holy Week during quarantine