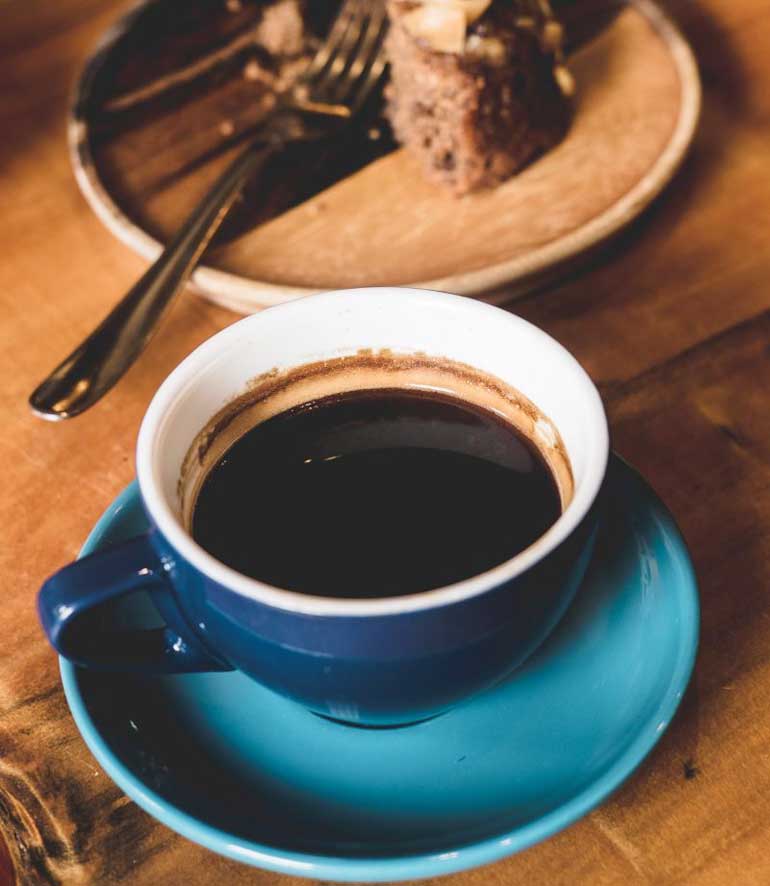 Before the pandemic, Levi Fedley would bike to one of Melbourne’s famous laneway cafes, sit down with the perfect cup of coffee and watch the world go by.

Now, with Australia’s second biggest city back in lockdown, takeaway is the only option. It’s now a hurried matter of picking it up without touching anyone or anything, and a speedy return home. But his daily long black—an espresso topped up with hot water—is even more essential.

Around the world, people are grasping onto their sacrosanct daily pleasures, moments of near normality in an otherwise upended world. Although cafes in commuter areas and city centers are suffering while workers stay home, consumers are finding their fix in local neighborhoods.

In London, there were plenty of customers Saturday enjoying an afternoon drink in the garden of The Gatehouse in Highgate. Pubs in the UK reopened in early July after being closed for three months. Rich Tasker, sipping an IPA, said he’d had his first pint a few weeks earlier at a countryside pub. A guest ale named Normality caught his eye.

“It was quite satisfying to ask for ‘a pint of Normality please,’” he said. “And sip a nice, cold drink in the sunshine with a Sunday roast after four months of lockdown. It felt great.”

Cutting out fancy, artisanal coffees to save money has been a cliché of budgeting advice for a decade. Drop the daily cup, the advice goes, you won’t miss it and over the course of the year just watch your bank balance tick up.

The savings would be relatively minimal, but what this advice also misses is just how much people around the world value their daily pleasures. “It is keeping people sane,” said Mr. Fedley, the Melbourne coffee drinker. “I think there are far more things to cut back on before you start questioning coffee habits.”

After an initial devastating hit, customers are also returning to the big chains. US giants Starbucks Corp. and McDonald’s Corp. both said last week that same-store sales turned positive in July.

“What customers are looking for right now are experiences that are safe, familiar and convenient,” Starbucks Chief Executive Officer Kevin Johnson told Bloomberg TV. “That’s what’s going to drive this recovery,” he said, predicting that US sales would be back to pre-COVID levels by March.

At-home brewing saves money—an A$60 ($43) bag from bespoke coffee roaster St Ali works out at roughly A$0.42 per shot, compared with the A$5 you’d pay inside. It can’t replicate the experience.

In San Diego, California, a burrito is the perfect end to a long day of surfing or swimming. Roberto’s Taco Shop serves its popular California burrito—filled with french fries, carne asada, sour cream and cheddar cheese—at a number of locations along the coast.

Thanks to loyal customers, business has remained steady throughout the pandemic, and the restaurant didn’t have to lay off workers, said co-owner Reynaldo Robledo, the son of the restaurant’s founder.

Those customers include Grace Furnari, who has been twice already since she moved back to the area in July. “Roberto’s feels like a luxury because it gives me a break from cooking at home —and a good reason to leave the house,” she said.

In tropical Singapore, the local obsession is bubble tea: sweet, milky tea shaken with ice and chewy tapioca balls. As the city prepared to go back into lockdown in late April, long queues formed across the island with locals determined to get that final hit.

Justin Teh, 48, co-owns the Forbidden Tea shop in Marymount, a green, family-friendly part of the city. He said they saw a renewed burst in demand when they were allowed to open up in June. While things are now calmer, they are still seeing a steady flow of customers, he said.

“Because we can’t travel right now, there’s a sense of a void needing to be filled, and for some people, little luxuries like bubble tea, hot pots, staycations hit the spot,” Teh said. “It’s the next best thing you can do.” — Bloomberg

Google tools up to fix ads in wrong places