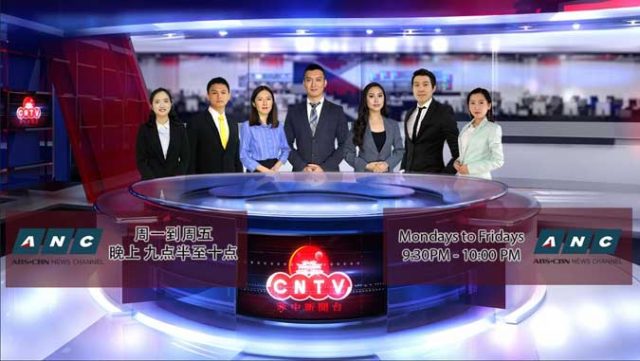 ANC recently defended airing the Chinese-language program, which was criticized online due to CNTV’s promotion of China’s One Belt One Road advocacy, Beijing’s economic and infrastructure initiative connecting Asia, Africa, and Europe.

ABS-CBN News and Current Affairs Chief Regina “Ging” Reyes said the broadcast should not be equated with Chinese intrusions into the West Philippine Sea.

“Chinatown News is produced by fellow Filipinos who belong to the Filipino-Chinese community. They are part of Philippine society,” she said in a series of tweets on Wednesday.

She said that ANC had editorial control over their content and ensures the translation accuracy of the English subtitles.

CNTV started airing on ANC on Monday, but iWantTFC in a tweet on Friday told communications specialist Jerald Uy that the program will no longer air on the channel.

“We truly appreciate your support for ABS-CBN and hope that you continue to share with us feedback on our programs,” the social media account of ABS-CBN Corp.’s content platform said.