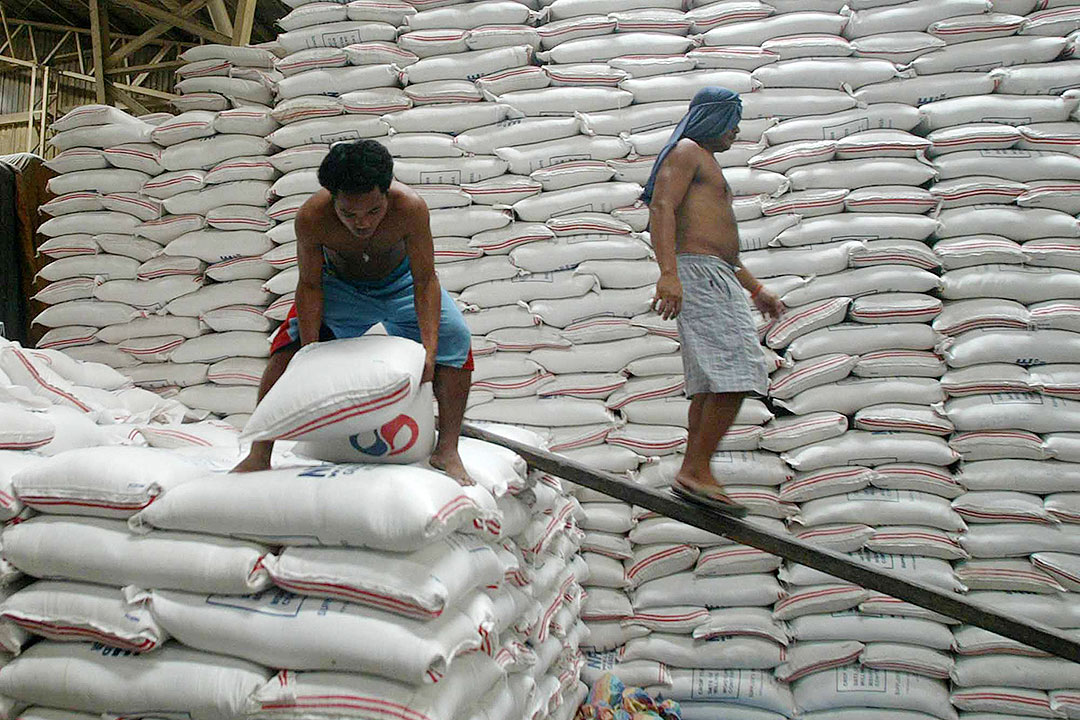 SENATORS have signaled their intent to amend the Rice Tariffication Law to address farmer complaints that the law has exposed them to unfair competition from imported rice, and to address more of the country’s food needs from domestic production.

The law “should be reviewed with a view to amending and correcting some of the unintended effects on our rice farmers,” Senator Francis Joseph G. Escudero told BusinessWorld in a Viber message.

“The only way to boost production and lower cost is for both the government and private sector to spend and invest more on agriculture,” he added.

The Federation of Free Farmers (FFF) has said that farmer incomes have dropped significantly since the law passed in 2019 due to “excessive” rice imports alongside the rising cost of production.

It said the law has made little to no progress in meeting its objective of improving farmer prosperity, noting the “drastic and recurrent drop in farmers’ incomes and farmgate prices.”

“There were only minimal gains for consumers, no significant improvement in farmers’ productivity, cost of production, and competitiveness, as well as flawed packaging and poor implementation of adjustment and relief measures for farmers,” FFF National Manager Raul Q. Montemayor has said.

He estimated that for the first three years after the law came into force in 2019, farmers have lost some P66 billion in income.

“The cost of producing palay (unmilled rice) went up… Cash assistance is only a band-aid solution to the problem. The government gives P5,000 per hectare and free seed, but it doesn’t fix the broken system that we have. There is a disconnect between the disease and the remedy,” he said.

“I am for the strengthening of the agriculture sector,” Senator Joseph Victor G. Ejercito told BusinessWorld in a text message, noting as well that he was the principal author of the Republic Act 10845 or the Anti-Agri Smuggling Law which categorized large-scale smuggling of agricultural products as economic sabotage.

“If the rice tariffication law has affected the price of palay, then I am for its amendment,” he added.

The law, which is in the books as Republic Act 11203, liberalizes rice imports, which used to be heavily regulated, with most foreign rice brought in via government-to-government deals. Instead, the law allowed private parties to import with fewer restrictions, though importers need to pay a tariff of 35% on grain brought in from Southeast Asia.

The tariffs support the Rice Competitiveness Enhancement Fund (RCEF) to the extent of P10 billion a year. The RCEF is funded for six years and supports farm mechanization, seed development, propagation and promotion, credit assistance, and extension services projects.

The Kilusang Magbubukid ng Pilipinas (KMP) has said the law “destroyed the lives of millions of rice farmers.”

By removing quotas on rice imports and replacing them with tariffs, the law was supposed to solve the problem of rising rice prices in 2018. The government also promised to use the tariffs to support programs that will make rice farmers more competitive.

The KMP contends that since the law passed, the rice industry has been “wrecked,” endangering food security.

The law “endangered the welfare of both producers and consumers. It undermined the livelihoods of millions of rice farmers and pushed many into hunger, bankruptcy, and indebtedness, while retail prices remain unaffordable to poor families,” KMP National Chairperson Danilo Ramos said.

President Ferdinand R. Marcos, Jr., who is concurrently the Secretary of Agriculture, has called for an assessment of the law, calling on his staff to review its pros and cons.

Finance Secretary Benjamin E. Diokno said on Friday that he will advise Mr. Marcos “not go back to the old system” of rice import quotas and government-to-government purchasing.

He pointed out the inflationary consequences of the law’s repeal, noting that rice used to be the biggest driver of inflation.

“That’s a really good law, it had a major contribution to our desire to control inflation. I think it’s not smart to go back to the old system,” he said. “(High rice prices) have been our problem for the last 50 years.”

Former Socioeconomic Planning Secretary Karl Kendrick T. Chua said that “since the passage of (the law) three years ago, it has had a negative to minimal contribution to inflation.”

“Imports are a way to address supply and price volatility. If we did not have that, people would have faced much higher inflation today,” he added.

Preliminary data from the PSA showed that growth in the consumer price index accelerated to 6.1% year on year in June, exceeding the Bangko Sentral ng Pilipinas’ 2-4% official target range for a third straight month. The June reading exceeded the 5.4% posted in May and the year-earlier 3.7%.

The law benefits 2 million farmers, 110 million consumers, and thousands of retailers, wholesalers, millers, and those in the warehousing and transport businesses, Mr. Chua said.

“Last year, we collected P18.9 billion from rice tariffs. We gave all that back to rice farmers. Those calling for the removal of the law risk taking away what we are giving to farmers to improve their productivity,” he said.

“Further lowering the price of rice for all Filipinos is really possible if we help farmers improve productivity. That is exactly what the law is doing by providing them with mechanization, seed, and other support,” he added.

Farmer organizations have lobbied the government to reduce dependency on imports.

“We have to aim for self-sufficiency and stop relying on imports. Food security depends on our farmers but our government allows our farmers to be harmed first before they do anything about it,” the Magsasaka at Siyentipiko para sa Pag-unlad ng Agrikultura Regional Coordinator Rowena A. Buena has said.