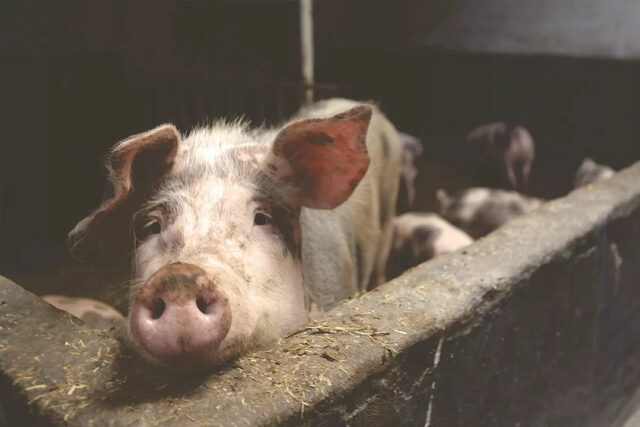 COMMERCIAL hog producers will gradually replace backyard farms by 2025 due to the burden of investment in biosecurity measures required to keep African Swine Fever (ASF) at bay, the head of the agriculture chamber said.

“Many small farms will be closed, with some acquired by larger farms to scale up leading to further market concentration. Successful farms will have better biosecurity, which will reduce the impact of ASF,” Philippine Chamber of Agriculture and Food, Inc. President Danilo V. Fausto said in a briefing on Friday.

“Pig productivity will recover, driven by the higher share of large commercial farms as well as their knowledge and financial capability compared to backyard farmers,” he added.

He said that ASF outbreaks will remain a threat until a vaccine is found and that backyard production will drop, leaving a void that commercial farms are expected to take over.

The Philippines first detected ASF in Rizal in July 2019.

As of March 2022, ASF is active in five regions, covering nine provinces, seven municipalities, and 12 barangays.

The industry lost about 3 million hogs to the disease or to precautionary culls between 2019 and 2021, according to the statistics authority.

The Department of Agriculture (DA) also projected that in 2022, the domestic hog industry will not be able to supply 120,889 metric tons of pork.

By 2030, Mr. Fausto said that the majority of pork production will come from large commercial farms, either contracted to or owned by slaughter groups.

He added that pork production will be concentrated around Metro Manila, Regions I, and IV-A, where demand is the highest.

“Commercial farms will integrate upstream with the feed production as well as downstream with slaughtering and meat cutting; some will even integrate to retail and food service,” he said.

“Domestic production efficiency will be improved, research and development into better feed, breeding and rearing techniques, automation, and the adoption of existing technology from other more advanced markets,” he added.

He said that the average carcass weight will increase, driven by uptake of modern genetics and that the cold chain will improve due to private investment.

“The backyard (sector) will not recover, although small parts will remain due to the geographic challenges of the Philippines,” he added.

Mr. Fausto said that the resurgence of ASF cases in the country is due to insufficient government financial support and inadequate control from authorities at quarantine checkpoints.

“Also, the absence of clear guidelines on how to handle the dead pigs, leading to many pigs’ bodies thrown away in water, contaminating underground water sources,” he added.

To address the gaps in ASF countermeasures, Mr. Fausto said that the government should invest in educating farmers and backyard raisers on biosecurity and implementing zoning protocols in suspected areas.

“To speed up the recovery of the backyard hog industry, the DA invested in the establishment of swine multiplier farms through clusters of 20 backyard hog farmers each, every member to be provided with five piglets each, 20 bags of animal feed, and biologics,” he said.

Apart from the outbreak of ASF, Mr. Fausto said that the meat processing industry also needs to address imports and the lack of appropriate facilities.

“Only about 15% of total raw material requirements of the meat processing industry is supplied domestically because of a technical mismatch,” he said.

“The refrigeration requirements of processors are not met by local producers and local production of manufacturing meat is not consistent in quality,” he added.

Vehicle sales up 29% in July

Office space demand to grow in next 6 months