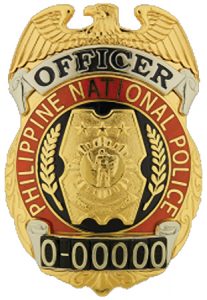 In times of panic and market free fall, in an era where corruption pervades and killings persist, a spark of light and a glimpse of new hope comes from our men and women in uniform, our police force. It is ironically one of the last offices in government where we, the citizenry, can expect change or pin our safety and well-being despite its long standing motto “to serve and to protect.”

In 2019, the specter of ninja cops (https://www.bworldonline.com/ninjas-in-our-midst) became the cause for fresh and untainted leadership in our Philippine National Police (PNP). A deep restructuring was quietly undertaken. A new unit, christened as the Integrity Monitoring and Enforcement Group (IMEG), was activated.

As its name indicates, its principal objective is to go after erring PNP personnel. For how long and in how many ways have we witnessed, heard, and experienced police abuses, incompetence, and criminality? In the classic criminal justice formulation, who polices the policeman who is not only astray but is the criminal himself!

In less than a year, a series of simple and effective police actions from IMEG, led by Colonel Ronald Lee, resulted in a string of cases.

In faraway Agusan del Sur, two PNP personnel belonging to the Highway Patrol Group were arrested for extorting the sum of P3,000 from a female driver who was operating a motorcycle with a student permit. Her motorcycle was impounded, the release of which money was demanded. She, a fearless millennial, promptly reported the incident to the IMEG Mindanao office.

Up north in Pangasinan, a police sergeant was arrested in an anti-illegal cockfighting operation together with two others. The policeman was carrying live ammunition.

Nearer in Pasay City, at a KFC outlet in fact, another sergeant who was previously dropped from the roll of police was arrested for extorting money from PNP personnel who wanted reassignments. Found on her were PNP documents purporting to be transfer orders.

In the Visayas office, a police major and chief of the Criminal Investigation and Detection Group (CIDG) of Bacolod City was arrested for asking for weekly protection money from a KTV joint. To think that the CIDG is the premiere investigation unit in the PNP and its head of unit was actually the culprit.

In my hometown of Cebu, a police captain was arrested for being involved in a robbery. He was in possession of six handguns. A few hours south in Argao, in an operation reported in mainstream news, two females under police study were found in the bedroom and office of a chief of police.

In a separate news report from Bulacan, a police captain was arrested for using a person deprived of liberty as his driver.

Reading such verified information can bring the most jaded Filipino to tears and energize the weariest civilian. These are small but significant victories that should be celebrated. In a way, such incidents should not be happening in the first place but are because of the lack of leadership at the top and elsewhere and plain mismanagement of the police corps.

The “broken windows” theory in policing also affirms that if seemingly harmless but wrong behavior is tolerated, it only leads to graver crimes by the perpetrator and more lasting damage to the institution.

From yet another perspective, it is a demanding task to be operating against people with similar training who took the same oath. It is also sad that it should take a police unit to cleanse their own ranks — it means that for the personnel in the IMEG, each success means another scalawag in the service exposed, another uniformed personnel unmasked.

Local Government Secretary Eduardo Manahan Año supported the creation of the IMEG recognizing the limitations of the long running Internal Affairs Unit of the PNP. And this is a recognized best practice in the fight against corruption — the establishment of a core team of dedicated men and women with impeccable credentials whose only task is to watch over the operational units and field offices that are most vulnerable to corruption — those that interact with the public.

If only all departments and agencies set up their focused units to police their own, we will have no need for the Ombudsman or the Sandiganbayan with its delays. After all, prosecutors dread a call from the Secretary of Justice; engineers are wary of being summoned by the Secretary of Public Works; and Bureaus of Internal Revenue and Customs personnel are afraid of their Commissioners — that is, if their bosses are straight and strict.

In the meantime, let us strengthen our resolve, increase our vigilance and report police wrongdoings to the new hope in the PNP, the Integrity Monitoring and Enforcement Group.