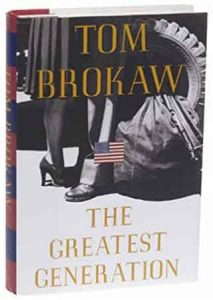 In his book, The Greatest Generation, journalist Tom Brokaw extolled those born in the 1900s and up to the 1920s, relating how they survived the Great Depression, fought and won World War II, helped Europe and Japan get back on their feet and powered America to economic, military and industrial greatness. That generation also fathered the Baby Boomer Generation — born from 1946 — that enjoyed the fruits of that greatness.

These days, sociologists are hyper-analyzing and marketers are creating products and services for Generations X, Y, and Z, the children and grandchildren of the Baby Boomers, the latter being considered already passé.

I was born in 1939, past the apex of the Greatest Generation and not quite part of the Baby Boomer Generation. Obviously, I cannot be counted among Generations X, Y, and Z. Some pundits have patronizingly referred to my batch as the Silent Generation. But I, frankly, think that is selling us short. I believe my generation is much more than that.

I prefer to call the period covering my 80 years of existence on this earth as the Generation of Crisis and Opportunity. This generation has been ravaged by pandemics like people in the Dark Ages, fought more wars than the Greatest Generation, experienced the nuclear brinkmanship of the Cold War, survived economic downturns like the Great Depression, explored more new worlds than in the Age of Discovery, and conceived, innovated, and developed more new knowledge than the geniuses of the Renaissance

I was born at the height of the Great Depression, when the Philippines was still a US colony. Then came Pearl Harbor, the Japanese occupation, and the wars against Imperial Japan and Nazi Germany. While I was too young to fight in the war, I was old enough to remember its horrors. Growing up during the Cold War years, I learned that Russia and the United States were engaged in a vicious game of “chicken” that brought mankind to the brink of extinction during the Cuban missile crisis.

In 1991, we saw the disintegration of the Soviet Union, like the fall of the Roman Empire in 375 AD. On the other hand, like the establishment of the Mongol Empire by Genghis Khan in the 13th century, my generation is witnessing the emergence of China as an economic and military power.

While my generation was too young to fight in World War II, we experienced the Korean War, the Vietnam War, two wars in Iraq, and are seeing the continuing conflict in the Middle East. We have also witnessed terrorism used as a deadly weapon of international conflict.

On Sept. 11, 2001, we saw the attack on the twin towers in New York — live, on TV, as if we were watching a Hollywood action thriller. Since then, we have had to get used to the inconvenience of tight security inspections in the course of air travel, but we continue to be horrified by terrorist attacks that have claimed hundreds of innocent lives in cities around the world. TV has brought the carnage into our living rooms.

Did our forefathers experience revolutions? My generation participated in the People Power Revolt of 1986 and saw revolutions around the globe. Did they witness the martyrdom of Jose Rizal? We saw the assassination of John and Robert Kennedy, Martin Luther King, Anwar Sadat, Ariel Sharon, and Ninoy Aquino — as if the killings had been committed before our eyes.

In the Philippines, our generation experienced Martial Law and lived through a dictatorship that was eventually ended by the People Power Revolution. But it was an uprising like no other, with citizen-rebels defying tanks armed only with rosary beads. And then came the series of attempted coups that ended with a twist that could only have been written by an over-imaginative playwright: the leaders of the coup found their way into the Senate, as well as other important government posts.

And what about the “villains” of the People Power Revolt? In an inexplicable revision of history, they have become regarded as heroes, elected to the Legislature, and may even assume the presidency.

In 1957, the Russians led in the space race with Sputnik I, the first artificial satellite to orbit the earth. Then followed the feat of Yuri Gagarin, the first man in outer space, on board the Vostok 1. This happened in April 1961. A month later, America played catch-up by also launching Alan Shepard into space on board Freedom 7.

Then, in July 1969, we actually saw on live TV the first earthlings — Neil Armstrong and Buzz Aldrin — setting foot on the moon. It was like watching Christopher Columbus planting the banner of Spain in the New World.

Did European ships explore the globe during the Age of Discovery? Today, we are witnessing the exploration of the galaxy. Man may even land on Mars during my lifetime. I am already resigned to the possibility that God’s universe was not created for homo sapiens alone. I grew up at a time when there was no TV in the Philippines. Kids rushed home to listen to their favorite radio shows or lined up at flea-infested theaters to watch third-run double-feature movies. We also sang pop songs with song hits books in hand. Karaoke had not been invented. Not even cassette tapes. Much less CDs, MP3s, and YouTube.

It never occurred to me that I would eventually be a radio performer and would be among the first people to appear on television when it was introduced in the Philippines. But even while I had worked in the medium, owning a TV set was beyond my family’s modest means. And when the Age of Computers came, owning a desktop — and much less a laptop — was the stuff of wishful thinking.

I suppose Generations X, Y, and Z (among them, my children and grandchildren) can never understand how it is like not to own an i-Pad, a laptop, a smart phone, and have a color TV in every room in the house. Or how it is not to talk to each other on FaceTime, exchange jokes on Facebook, and do research on Google. Or how it is not to have Alexa and Siri help with the homework.

Talk about smartphones, I once produced a TV spy series that had the hero wearing a video wrist watch with which he could visually communicate with his spy chief at headquarters. Of course, that was pure science fiction then. In fact, at that time, having a PLDT landline installed in one’s house in Manila was like queuing for a liver or kidney transplant. Needless to say, portable or cellular phones were not even in our fantasies.

These days, Generations X, Y, and Z, as well as the househelp, can never understand how we survived without mobile phones. Today, a cell phone is considered as essential as life itself — but not just any phone — it also has to be a computer, a still camera, a video recorder, and an interactive video device.

Indeed, the Industrial Revolution appears so primitive when compared to today’s achievements in electronics and digital technology. And the Renaissance is so old-fashioned alongside today’s innovations in arts and entertainment.

At my age, I may soon be denied renewal of my driver’s license. But this generation is already developing driverless cars — a leap far into the future from the days of the horseless carriage. Indeed, the leaps and bounds of discovery and technological developments have been awesome.

But as I write this, we are being scourged by a pandemic and are cowering in our homes like the Jews during the Passover at the time of Moses.

The coronavirus disease 2019/COVID-19, as deadly as the Black Plague of the Dark Ages, is a humbling reminder that this generation has not yet mastered one thing.