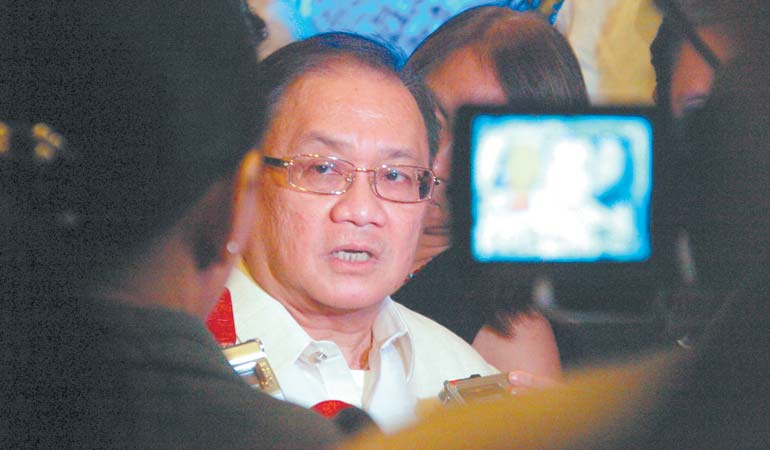 When the MVP Group of Companies acquired TV5 about a decade ago, Manny V. Pangilinan had all but predicted the future of Philippine media.

Acknowledging the various waves of digital transformation changing the media industry in a speech, he announced that TV5 would aim to become not simply a media content provider, but a dynamic digital leader.

Mr. Pangilinan noted at how Filipinos at the time were increasingly becoming more reliant on digital technology and the Internet. Anything from news, to entertainment, and even their preferred forms of communication were becoming tied to smartphones and social media platforms.

“Indeed the Internet has become a true medium for the masses, an important tool for democratizing because of its openness, its publicness, and ease and speed of communication. Indeed the Internet is changing the way we think, changing the way we act, changing our habits and customs. You’re being changed not only by the media you consume, but by the way you consume it,” he said.

“The speed and convenience by which the medium spreads the message virally can be frightening especially if that speed were collared or heightened by emotion,” he added.

In essence, the business tycoon saw the power of digital media, likening its arrival with the end of the world as we knew it. In the new world of his vision, Mr. Pangilinan saw an empowered digital consumer, and the game-changing factors were driving the media industry into a future of uncertainty.

“Indeed we’re looking at the future in many places, already the present, where the consumer is empowered with the choice of when, where, and how he or she wishes to receive content. Linear, network-dictated schedules are out. User-managed content is in, received on a range of digital devices other than the static TV set in your living room. We want content to follow the user everywhere on demand, just as e-mail now follows you everywhere,” Mr. Pangilinan had said.

It is the job of content producers, he pointed out, to navigate this new digital landscape and invent new ways to deliver on the rapidly evolving demands of the digital consumer.

MediaQuest, Inc. (MediaQuest), the mother company of some of the biggest names in Philippine media, such as The Philippine Star, BusinessWorld Publishing Corp, TV5 Network, Inc., Nation Broadcasting Corp., and Cignal TV, Inc., has since strived to meet that ideal, enacting sweeping changes to its structure and becoming among the first media network to offer a wide array of online content.

Even in MVP’s non-media ventures, the power of social media is not ignored. In 2017, Smart Communications encouraged its work force to embrace the digital world, in line with its ongoing evolution as a digital company.

Smart became the first telco in Southeast Asia to use Workplace by Facebook, a social media platform for enterprises that enables employees to go beyond traditional means of internal communication. Having nearly identical features with Facebook, Workplace enabled employees to have interactive discussions with their peers and even their bosses for easier communication.

Employees could join several interest groups, share information and ideas, ask questions, get real-time company news, and get instant feedback from colleagues. They could also use Work Chat, which is similar to Facebook Messenger, to send instant messages and do voice and video calling.

As many as 5,000 employees were active on the platform weekly, according to Liza Sichon, Smart’s chief people and culture officer. She added that Workplace was helping break down traditional work silos and was facilitating a freer exchange of ideas among Smart’s thousands of employees.

“Our evolution as a digital company can be seen not just in our commercial offerings and network capability, but also in our people culture. As we enable more Filipinos to enhance their lives via digital technologies, we are also promoting the digital shift within our ranks,” she added.

Smart’s use of Workplace recently won a Gold Anvil at the Anvil Awards, contributing to Smart’s recognition as the Company of the Year after it won a total of 24 Anvils.

MVP concluded his speech about the changing media landscape by saying, “The more we empower our citizens and content creators to make important decisions for themselves, not only about products and services they desire or develop but even about politics, the better.”

“The word viral will someday be an advertisers’ dream and a wayward politician’s nightmare. Either way, it’s proof positive about the growing power of the Net,” he added. — Bjorn Biel M. Beltran