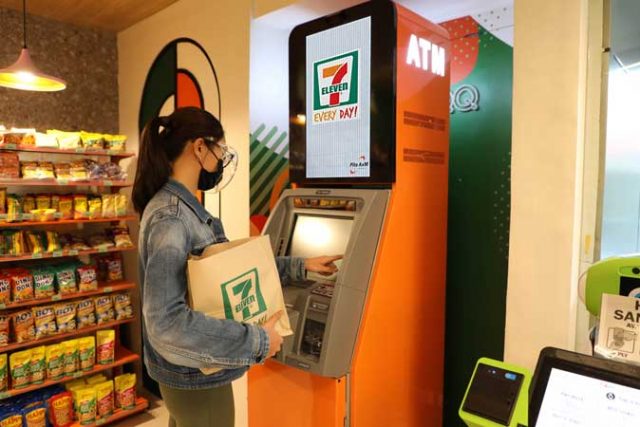 Listed convenience store operator Philippine Seven Corp. (PSC) reported its net income dropped by 78% to P165.6 million in the fourth quarter, and ended the year with a P419.7 million net loss due to the impact of lockdown restrictions.

In a disclosure to the stock exchange, the operator of 7-Eleven stores in the Philippines said its fourth quarter income was a reversal of the P196.6-million loss incurred in the third quarter after sales improved.

Philippine Seven swung to a full year net loss of P419.7 million in 2020 from a P1.44 billion profit in 2019, as consumer demand suffered amid the lockdown implemented to curb the coronavirus pandemic.

For the October to December period, same-store sales jumped 14.3% versus the previous quarter as the government gradually eased restrictions on movement and allowed more businesses to operate. However, this was not enough to pull up the full-year same-store sales, which slumped by 18.4%.

The company said its stores saw a 41% reduction in average customer count per day in all of its stores.

Philippine Seven reported that it opened 174 new stores and closed 60 stores in 2020, ending the year with 2,978 7-Eleven convenience stores,

Philippine Seven said its plans of reaching its milestone of over 3,000 stores in early 2020 was disrupted by the pandemic.

“We put the brakes on expansion as early as April, continuing only where we had broken ground on construction, and in areas where competitors continued to expand, mostly the Greater Manila area,” Jose Victor P. Paterno, president and chief executive officer of Philippine Seven, said.

The company said the majority of the 7-Eleven stores are open 24/7, and the rest open during daytime. Less than 7%of the stores are temporarily closed.

Meanwhile, the company’s payments business accelerated amid the pandemic.

Philippine Seven plans on rolling out around 1,000 cash-recycling ATMs by the end of the year, hoping to make the system available in all of its stores “in the very near future.”

The company is also planning to expand its digital services after seeing growth in its online businesses compared to those offline during the period, especially in the payments business.

“Our financial performance has been abysmal, and when our profit and growth numbers will return depend on not just the pandemic and how the Philippines navigates its end, but on how quickly our online and offline pivots take root, if at all,” Mr. Paterno said.