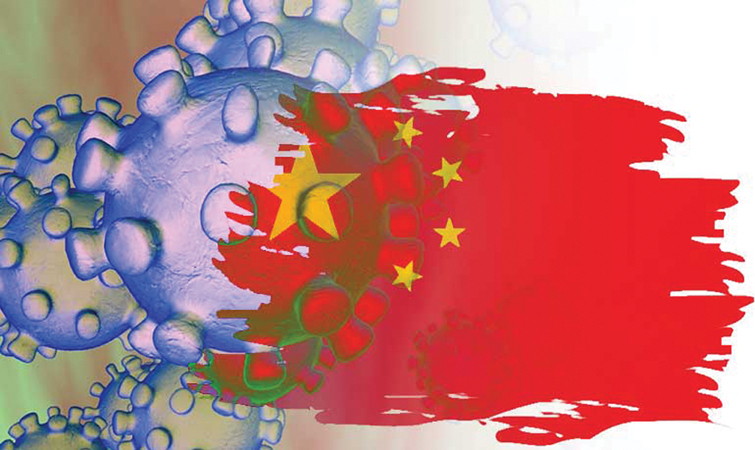 ASIA’S EMERGING-MARKET currencies are sliding as the coronavirus outbreak threatens to slow the region’s economy and drives outflows into the dollar. Investors may consider the region’s copious foreign-exchange reserves to be a buffer against severe economic dislocation, capital flight, and currency fluctuations. That would be a mistake.

Asia’s reserves have expanded vastly since the 1997-98 financial crisis to reach more than $5 trillion, 40% of the global total. Often cited as a strength, they may prove of limited value in any future crisis.

First, reserves aren’t profits. In addition to net export payments, they include foreign investment. The asset (reserve investments) is offset by a liability (the amount owed to foreign investors). China is the world’s biggest holder of reserves, with $3.1 trillion as of the end of January. While that looks substantial in dollar terms, it considers only one side of the coin. Since 2009, growth in China’s foreign-exchange assets has tracked accumulated investment liabilities.

Some analysts have suggested that China could use its reserves to recapitalize the banking system, which is sure to be hit by the economic shutdown that authorities have imposed in an effort to slow the spread of the virus. Assuming a level of bad debts comparable to that of the late 1990s, the losses and recapitalization requirements would absorb around half or more of China’s total reserves. That would leave the country’s foreign-exchange chest below the IMF minimum.

In addition, reserves can be volatile. Intervention to support a currency can reduce holdings rapidly, as the recent experience of Turkey and Argentina shows. It is difficult to estimate unexpected outflows from disinvestment, unwinding of carry trades, exchange-traded fund redemptions or contingent payments such as collateral calls or derivative settlements. For example, potential claims on Chinese reserves from its Belt and Road Initiative and other international obligations are poorly understood.

Reserve investments are also difficult to realize. Most are in government bonds and other high-quality securities denominated in so-called G3 currencies — the US dollar, euro, and Japanese yen. The size of the holdings means that governments couldn’t sell them without a collapse in the price of assets such as US Treasuries and the dollar. That would inflict large losses on Asian investors.

Granted, many central banks have expanded the type of assets they buy. China has redirected its reserves into real investments in advanced economies and strategic projects such as belt and road. However, these aren’t liquid and are risky. China faces challenges in obtaining repayment of loans to developing countries. Such investments are also exposed to potential interference by the host country, especially during geopolitical or trade conflicts.

A further drawback of using reserves is that managing their currency and domestic liquidity effects is cumbersome. Repatriating realized reserves will force the domestic currency to appreciate, decreasing the nation’s international competitiveness. It will also reduce the value of foreign investments when measured in a country’s home currency. Large-scale accumulation and spending of reserves affects money supply. While central banks can manage this through sterilization operations, conflicts between reserve management and monetary policy objectives will create economic and financial instability.

Finally, the economic model underlying the reserves creates a complex financial interdependence between Asian central banks and advanced economies, termed the “fatal embrace” by the late Paul Volcker, former chairman of the Federal Reserve. Foreign-exchange reserves represent advances allowing the importing country to buy the exporter’s goods and services on credit. Withdrawing support would risk destroying the value of existing investments and damaging the borrowers’ real economy and export demand.

The interdependence runs deeper. Since 2009, the growth of developing-country reserves is highly correlated to the growth of the balance sheets of advanced-economy central banks, which has been driven by quantitative easing. Attracted by higher returns than available at home, investors moved capital into emerging markets, which in turn supported demand and economic activity in developed economies. This is evident in the increased reliance of many North American, European, and Japanese businesses on emerging economies for growth and earnings.

Unfortunately, this cheap capital encouraged rapid rises in debt and increased the risk of future financial instability in many emerging countries. The solution lies in international co-operation to create a new international monetary system and for surplus countries to boost domestic demand.

In a world of rising political tensions, trade wars and adherence to debt and export driven economic models, the prospects for that may appear bleak. Still, this is unfinished business the world will have to return to — once it has got past the economic shock of the coronavirus epidemic.