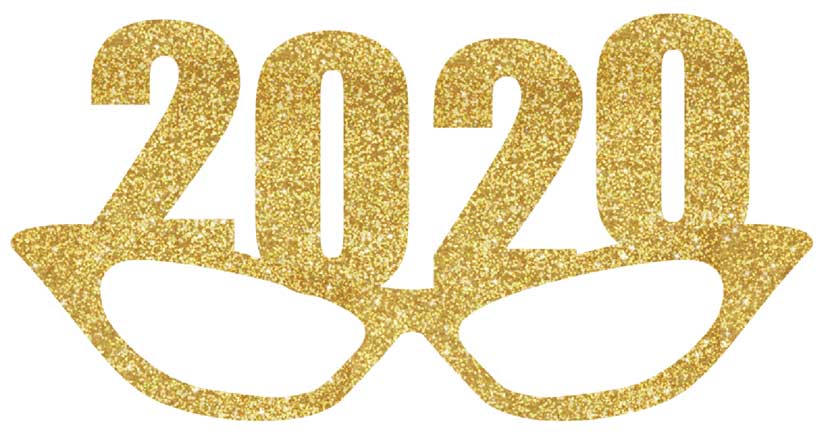 The traffic problem is real — we have seen it with 20/20 vision and experienced it in hours spent in the slow movement from home to work to home or to wherever in Metro Manila and in major cities. They say it is because of the lack of planning by generations of lazy politicians and bureaucrats with no vision.

Doesn’t everyone wish to have 20/20 vision all the time, if that were possible? In our human frailty we want to be invulnerable — we want to survive and live. At the very least, we want to be safe, and 20/20 vision stands for having ready information for quick evaluation of one’s situation and confident action or reaction. Stock knowledge and past experience reinforce decisions. That is why deception and lies, betrayal and rejection by others are sins that are hard to forgive and even harder to forget. That would be tantamount to blurring vision or, at worst, blinding — being hurt or being killed off.

In our social-civic milieu, deception and lies by our government and by influential actors in society would be the utmost betrayal of collective faith and trust.

“There was no intention to deceive nor to lie,” Philippine Army public affairs chief Lt. Col. Ramon Zagala told ANC’s Headstart on Dec. 30. The surrender of 306 former communist rebels along with their firearms to the Army’s 9th Infantry Division in Masbate on Dec. 28 was real, he said. But the eagle eyes of social media saw in painful detail that the photo released by the 9th Infantry Division to showcase the surrender was doctored — in other words, fake. The issue of faking by perhaps the most respected institution in the country, the Armed Forces, went viral. On GMA News, 9th Infantry Division spokesperson Major Ricky Aguilar apologized and explained that the unit released a Photoshopped picture in their “ardent desire to release timely information.”

Defense Secretary Delfin Lorenzana ordered an investigation on the matter as he said that it undermines the military’s efforts to fight the communist insurgency. He assured the public that those who perpetuated the actions will be sanctioned, TV news reported.

We do want to see, 20/20, that miscreants in public service are sanctioned. Yet the most palpable of fear now is due to the culture of impunity that seems to have blinded justice with its “end-justifying-the-means” methods of the present administration’s Drug War. Do we even know how many extra-judicial killings (EJK) have been done, and by whom?

Based on Rappler’s September 2019 update on EJKs (its 80th), there is a noticeably huge disparity between official statistics and numbers cited by human rights groups:

Who has “Photoshopped” the EJK picture like the Army’s 9th Infantry Division which admitted to having released a “collage” of old photos of “rebel surrenderees”? Even taking the government’s low figure of 5,526 drug suspects killed — one has to ask who killed them and have these killers been tried and judged in the proper courts?

The Senate investigating committees over more than two years have tried to bring transparency and see with 20/20 vision the anomalies at the Bureau of Customs (BoC), and then at the Bureau of Corrections (BuCor), both institutions implicated in the Drug War. How many retired Armed Forces and Police generals and other high-ranking officers were recruited to head sensitive positions in government, including the BoC and BuCor, where there were suspicions of graft and corruption, and the seeming complicity, or at least the line responsibility, of these hand-picked minions?

“Mukhang guilty” (Looks guilty), the man on the street might say. But always, there has to be proof beyond reasonable doubt for high crimes by high people — except for oppositionist Senator Leila de Lima, who “celebrated” her 1,000th day in detention last November. The three cases of drug trafficking stemmed from her alleged links to the drug trade in the New Bilibid Prison (NBP) when she was justice chief under the past administration, said a Rappler “Explainer” in February 2017.

De Lima is now actively supported by the US Senate, which decided in December to ban from entry into the US Philippine officials who had significantly contributed to her “wrongful” arrest — her defenders carefully avoid referring to it as “illegal” arrest, perhaps for fear of technicalities in the law that will jeopardize her cases. (It seems to the layman that many sometimes-archaic legal technicalities have extricated or condemned “suspects” of high-profile crimes and anomalies, depending on which side of the political fence they may be on.)

And giving the people 20/20 vision when it comes to what is happening (and why) is the dilemma of media nowadays — how to report unbiased news first of all, and then to speak the truth in objective opinion sans influence or favor. Omission of news and relevant facts is a sin as grievous as falsehood in the battlefield for Press Freedom.

Why is the present administration seemingly so intolerant of unflattering news and criticism? It is so difficult to understand why.

Since his assumption of the presidency, and vigorously reiterating this in December, Duterte has been saying he would block the renewal of ABS-CBN’s franchise, which expires in March 2020, after accusing the company of accepting money for a campaign ad that failed to air before the May 9, 2016 polls, and then failing to return the money (ABS-CBN News, April 27, 2017).

BusinessWorld columnist Oscar P. Lagman said in his Oct. 14, 2019 column that “President Duterte has shown a disdain for criticism and opposition, as evidenced by the fates of Senators Leila de Lima and Antonio Trillanes, Chief Justice Lourdes Sereno, media organizations Philippine Daily Inquirer and Rappler, and journalist Maria Ressa.” Yet, like many wondering Filipinos, he noted that surveys by Pulse Asia and Social Weather Station show consistently good ratings, ranging from the high 90%s to a rare 78%, for President Duterte and his people. Lagman ventures that “the two pollsters do not ask what the respondents are satisfied about or what they approve of. The respondents may just be giving answers they consider safe… Survey respondents could also be afraid to say something not favorable to him and his policies.”

Respondents possibly being “afraid” can only mean we are not seeing 20/20 the real state of affairs in our country. Watching a year-ender talk show, Prospects for 2020 by Ruth Cabal on CNN Philippines on Jan. 3, gave me a sinking feeling that we, the people, have allowed ourselves to be deceived, and have deceived ourselves piteously. Ana Tabunda, head of Pulse Asia, warned of the “chilling effect of listed companies like Manila Water and Maynilad” being forced to change “onerous” contracts and “affecting investor confidence in the country.”

Having 20/20 vision when it comes to the real state of affairs in 2020 is urgent for the Filipino people, as a solid basis for decisive action for the improvements needed in what we think of ourselves and what we must do to improve ourselves. No more fake news, no more unreliable surveys. Just our own 20/20 vision in 2020.